The groups that dedicated the dancing gather in the square at the foot of the shrine hill. They wait here until time of the Issei-Zuri (Simultaneous performance of all groups in the main street) . Some of groups have a meal meanwhile others show the dancing and entertainment for blessing here and there with the final adjustment. So many people appear to see them and stalls stand.

When the last group of dedication ended and comes down from the shrine, it is about time to depart. Similarly to the Hachinohe Sansya Taisai Festival, the performers of the Emburi don't move freely to the place to show the festival but organize a procession in order and all of them go on together.

Since such a long procession goes through the town, the traffic in the downtown is obviously cut off. Even if it causes confusion, the Emburi that is linked to the shrine and has a long tradition is superior to all.

The head is executives who put on a Kamishimo (official attire of samurai) and a Sugasaka (sedge hat). Next, a rickshaw carrying the Negi (Shinto priest) then the Syusshi (temporary supporters) , who serve the banners and wear white coats on student clothes, follow. Behind them, the general representative group managing all groups appear first and the rest of groups with each bannerman, performers (Tayuu) , dancers of entertainment of blessing and music accompaniment go after it.

It reminds me of somewhat the entrance march of the opening ceremony in the Olympics or sports competitions. It is wonderful that the generation is not limited but all the ages and genders rich in the variety of participants are the leading role of this procession. It is a unique opportunity to witness about how many people are nvolved in the Emburi.

As the protagonists show off to the town, they proudly walk the street to the venue. The air that all members has become one big team is the appearance of the current Emburi and the charm of Hachinohe.

The procession last more than an hour, and finally each group takes a fixed position in the main street.

A signal gun rings high in the sky. It is the start of the Issei-Zuri (Simultaneous performance of all groups in the main street) . 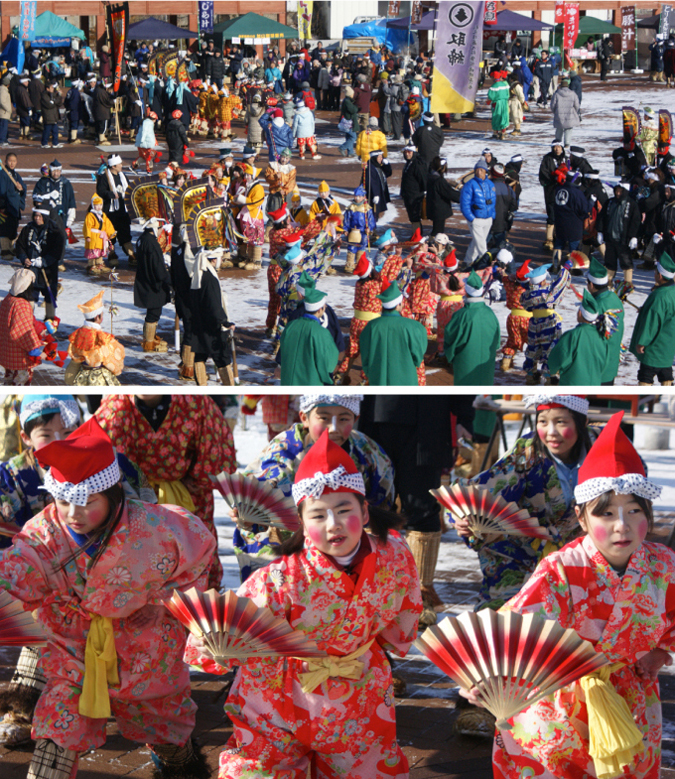 March to the site in Emburi 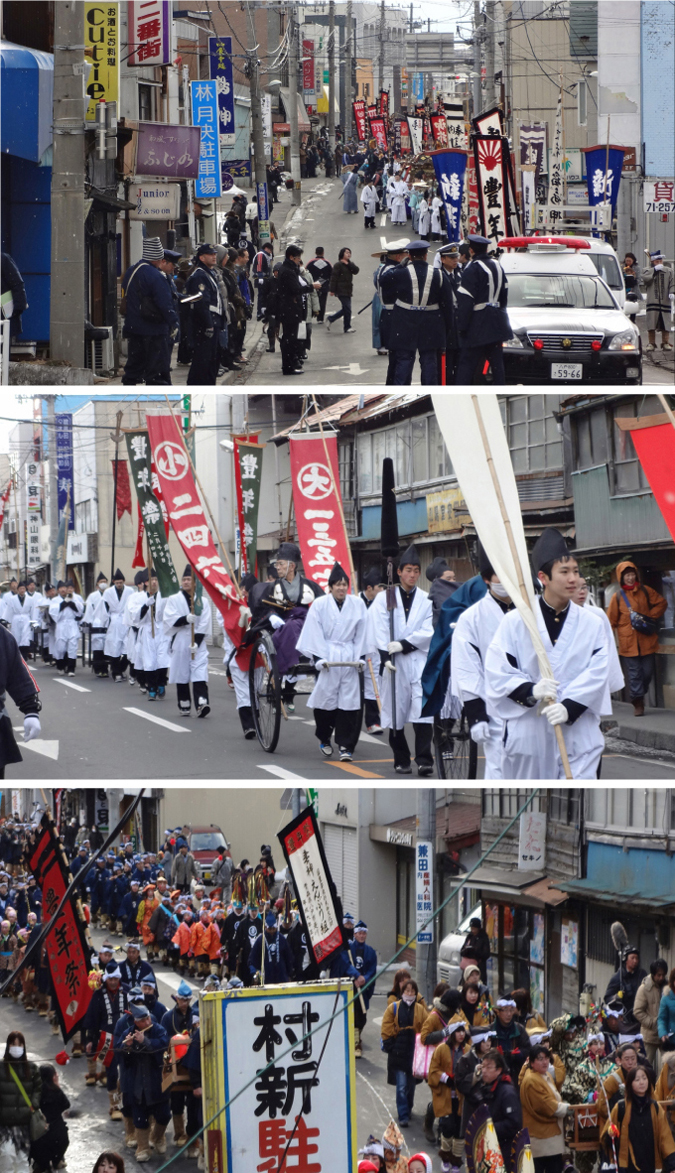 Signal gun to let know the starting of dance in Emburi 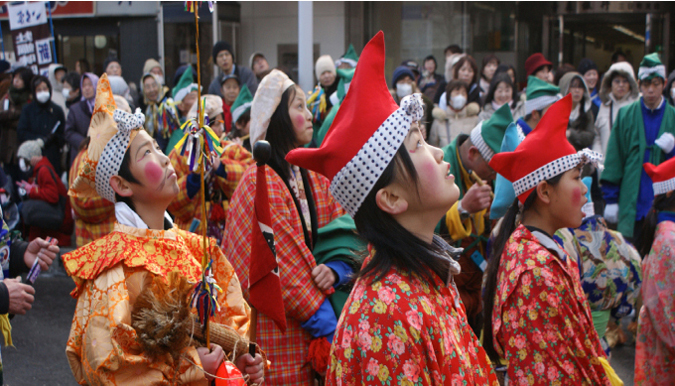