Since the old time, Negombo prospered as a relay point of the trade, and its prosperity continued even under the colonialization by Portugal and the Netherlands that started in the 16th century. Still, in the town, the colonial architecture and the fort built by the Netherlands remain.

Locals call Negombo as "Little Rome". It is not a town like Rome, and I feel odd for that, in this Sri Lanka where the history exists, a city in a far foreign country is the model. But, Negombo is the town most full of the images of the Christianity in Sri Lankan west coasts where many Christians live.

There are a lot of churches for the size of the town, and the small Christ images and Maria images are put at the street corner , roadside or various places. The close distance between the locals and the Christianity may be similar to Rome.

The installation of the image looks like simple expression of people's belief that was formed on this place for a long time. However, its installation has neither long history nor spontaneous process. At the end of the 19th century, the friction between the Buddhist and the Christian was broke out due to the Buddhism revival movement that had arisen in the low provinces in Sri Lanka, and the collision happened. The movement was a resistance for the Buddhist against the Christian who related to colonialization. While, for the Christian's side, the rising of position of the Buddhism was a threat, and a countermeasure that they practiced was the installation of the images that showed the territory of Christian.

Present Negombo has a calm part and an active commercial street while has an abondned area. It seems to be a usual town that is in anywhere of Sri Lanka. However, the actual state that the locals take care of the images neatly might show not only that the locals' belief is faithful but also that, in this province, the Christianity still has a strong influence and the more complicated and intricate relation between the religions exists in Sri Lanka where only the collision between the Buddhist and the Hindu becomes topic.

Transportation
20 minutes by car from the Colombo international airport, 1 hours by car from downtown Colombo.

Upload
2007.10 Photos in English version, and photos and text in Japanese version 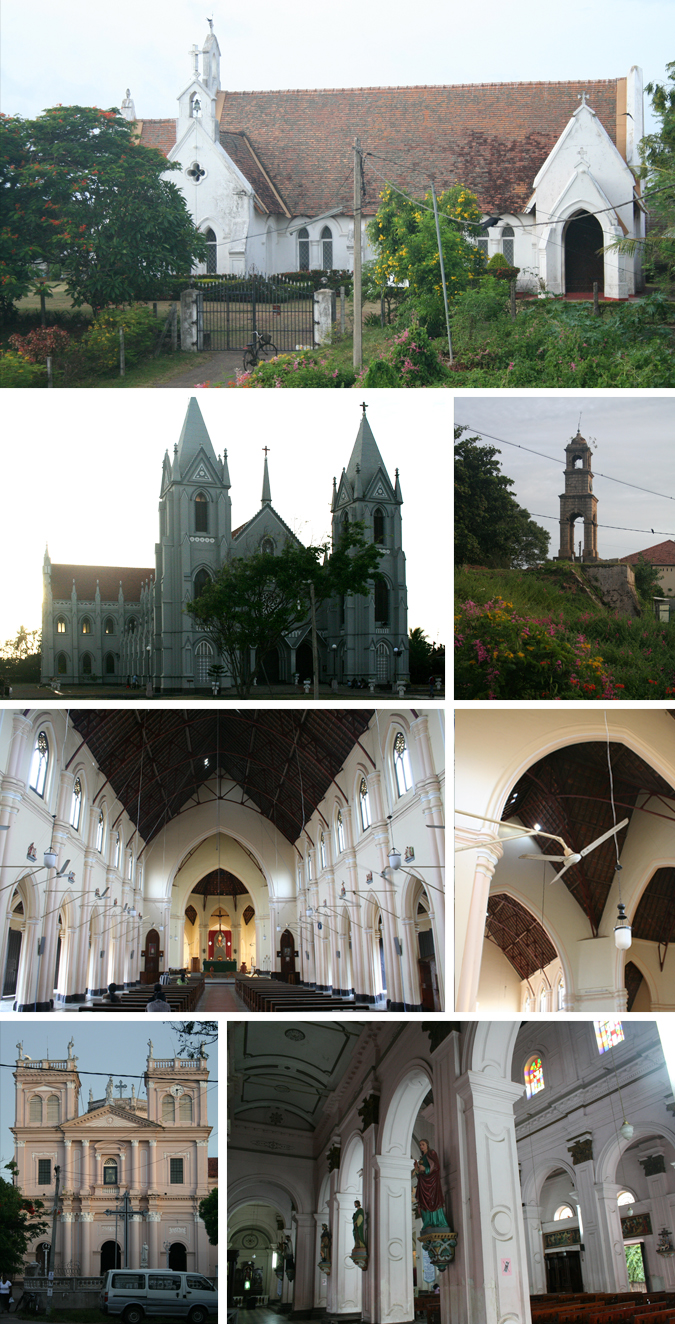 Christian Images disposed in the town 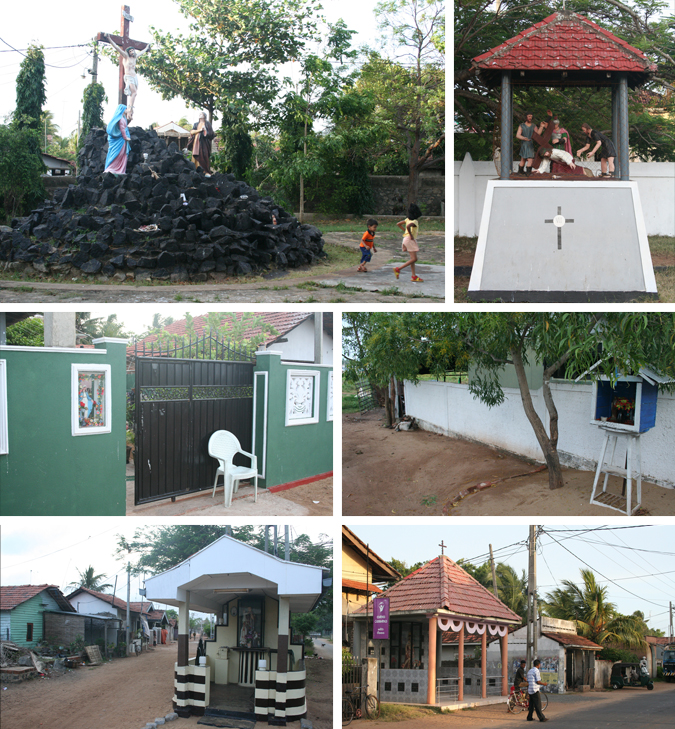