Sigiriya means Lion Rock. It is a ruin of the palace that King Kassapa of Sinhara dynasty built in 484 B.C. for the memorial service for his father whom he had murdered and for the defense to his brother's attack. He constructed the palace on the top of the rock mountain raising from plains and the garden and the town at the foot of the mountain.

Over the gate, 'Water Garden' and 'Rock Garden' appear on the both sides of the straight road toward the Lion Rock. In 'Water Garden', the square ponds are located in the symmetry which central axis is the road. It fills with water in the rainy season, and the fountain of that time seems to turn on water still. The next "Rock Garden " is an asymmetrical garden with amorphous form. They can see a large scale landscape like the baroque garden in Europe from the top of the mountain, and the gardening methodology that connected two spaces of the symmetry and the amorphous is novel.

When the gardens end, the landscape becomes rocky and the road shifts to the stairs. Along the stairs, the ruins that utilized the hollow of the rock remain. After a while, such the stairs ended and the passage of the steel board like the work stand on the construction site flew over air. Its width is so narrow that only one person might pass.

Do I go up here? Does not it corrode with rust?

I lost the composure so that I could not saw the scenery and I concentrated walking. Then, the spiral stairway appeared.

I allow to use the spiral stairway for the small contemporary house, but, in the ruins of Sri Lanka that stuck to the precipitous cliff, I wanted to not use it. I found my feet useless, and my eyes turned round and round due to the stairways that had gone out to air.

At going up the stairways completely, 'Sigiriya Ladies'- famous wall painting using the hollow of the rock was there. It is the masterpiece of the Sri Lankan art. Originally, it seems to have been drawn on the rock wall of 140m wide and 40m high. Now, they can see only the fragment. It is a tempera drawn with pigments that mixed the resin after the groundwork had been finished with the mixed material of clay, ceramic soil and palm then the plaster had been painted on the groundwork.

The staff in charge comments that, in the paintings, not only Sri Lankan people but also Chinese and the black were drawn, while some books wrote that the ladies were the celestial nymphs who flied in the sky. It is so vivid that it would not seemed to have been drawn 1800 years ago. I recalled the folkloric sketch of foreign country that an excellent cultural anthropologist drew rather than a part of the big painting.

The wall painting located at the dead end. So I had to go down the spiral stairway. What is this sense of futility ?

Transportation
Three hours by car from Anuradhapura and Kandy. 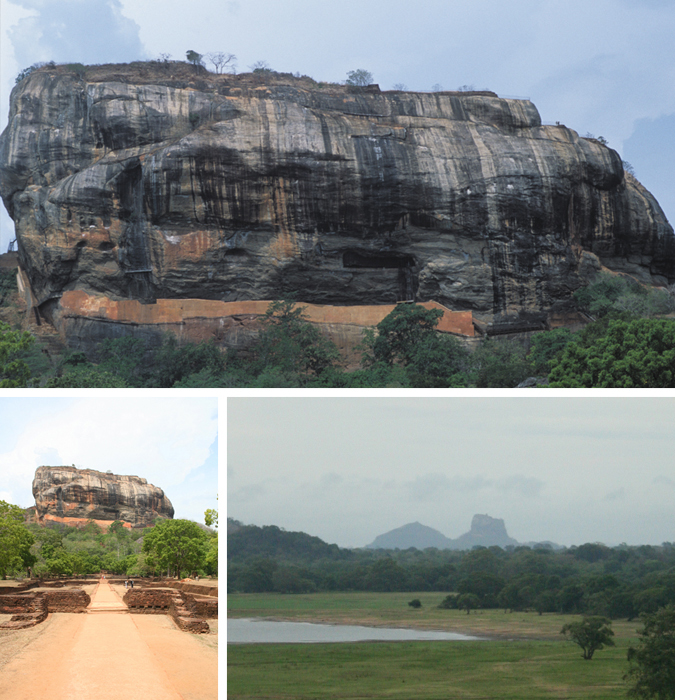 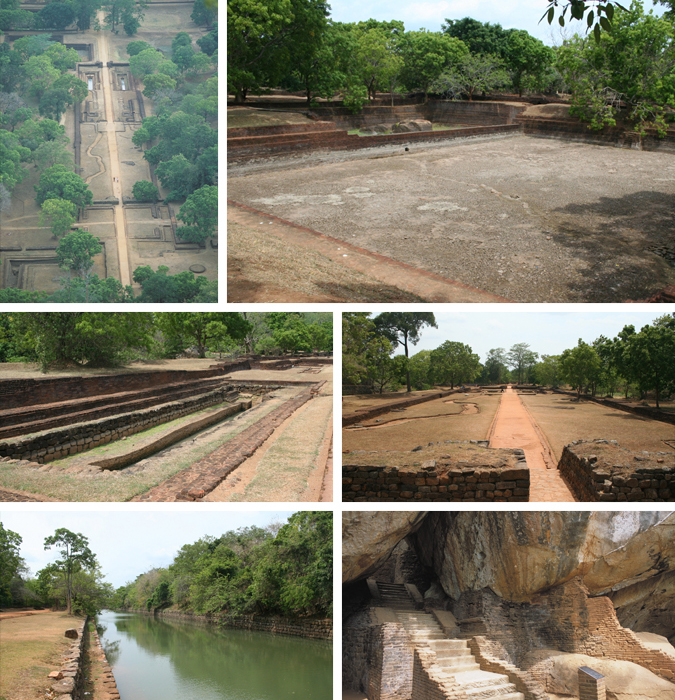 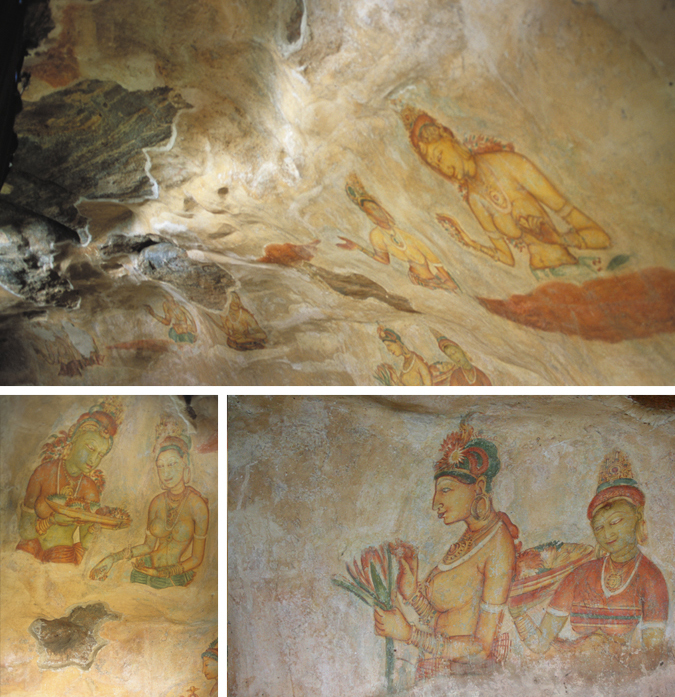