“Pine”, “Bamboo” and “Plum” are an expression of ranking used in East Asia. In general, “Pine” is the highest and “Plum” is normal. According to that, let’s explore Pettah in Colombo.

Along check-patterned streets on the north side, small buildings line up tightly. The first floor houses shops and each street gathers fellow trader like electric shops, cloth shops, stationery shops, jewelry shops, etc. Narrow streets are filled with people, trucks, tuk-tuks and two-wheeled carts. At a small street corner or vacant space are stands and streets are buzzing with activity. It is a place where anyone can visit easily and a tourist can find souvenirs of bargains, so this is "Plum".

A genuine market is on the south side of the main street. It has all kinds of foodstuffs like fruits, meat, fresh fish, dried goods and etc. It is a market that is anywhere in the third world, but it may be hard for a tourist to enter, so this is “Bamboo". Beyond flat and dirty buildings, the World Trade Center is seen. The gap is a scenery seen often in the third world for better or worse.

Let's pass the main street again to the north to go to “Pine”,

When walking down a street, entrances of buildings sometimes appears between shops. There are also clearances with a hung roof between buildings. At the dim depth of both, people walk around and shop lights put on. That was on my mind, so I entered.

It was a narrow alley like another face against the main street. A part of alley were so narrow that people only could passed each other. Passages to go to the depth of a building and clearances between buildings connected complicatedly. Those were another check-patterned streets with a roof perhaps for rainy day which were different from the main street under the sky.

Compared to the main street shops which targeted general customers, the narrow street shops are a little wholesale-like. Everyone who passes seems to be a shop clerk. It may be a little difficult for strangers to pass through without permission. Strangers might feel that they entered the back room of a store by mistake. Traffic is less than the main street and it is calm even if not going quiet. Benches placed here and there became a place for a clerk to take a break. Everyone is relieved. It is somewhat cozy space.

I found a tea house using a wall of a narrow street. A staff puts a milk powder and sugar in the prepared tea, then put it in a saucer and pour it from the high position into a cup. Next, he pour the tea into the saucer from the cup in the same way. The tea falls with a clean parabola. Truly that is a brilliant work. The tea which was served after having been repeated several times is 15 rupees for a cup. The taste is close to a coffee milk and gentle. The reason why the feeling on the tongue is mild and the temperature is not too hot and not too cold would be because air bubbles are mixed in the tea when the materials are stirred ?

When trying to take a picture, the tea house owner hid behind in the shade. His employer was making it. Somehow, that person was on my mind because it seemed to be an example that a disparity existed even in the lower strata of society in a country with disparity. Previously, I had stayed in a slum in Lima of Peru. One day an old woman of an employment agency came to introduce an old woman as a candidate of a maid. She was a woman who came from the Andean mountain and couldn’t speak Spanish. So, she must had been beat the wage down. I was surprised not only that people in the slum hired a maid but also there was a disparity like the copy of the upper class world in the lower class world.

The wall side of a alley , that didn’t belong to a shop and was located in the deep world like the backside of the main street in Colombo, was a place as the clearance of a society to give a glimpse of a disparity.

Personally, I did not feel any danger, but since I did not walk through all narrow streets, please be careful when visiting.

Transportation
Within the walking distance of downtown Kataragama

Upload
2008.01 Photos in English version, and photos and text in Japanese version 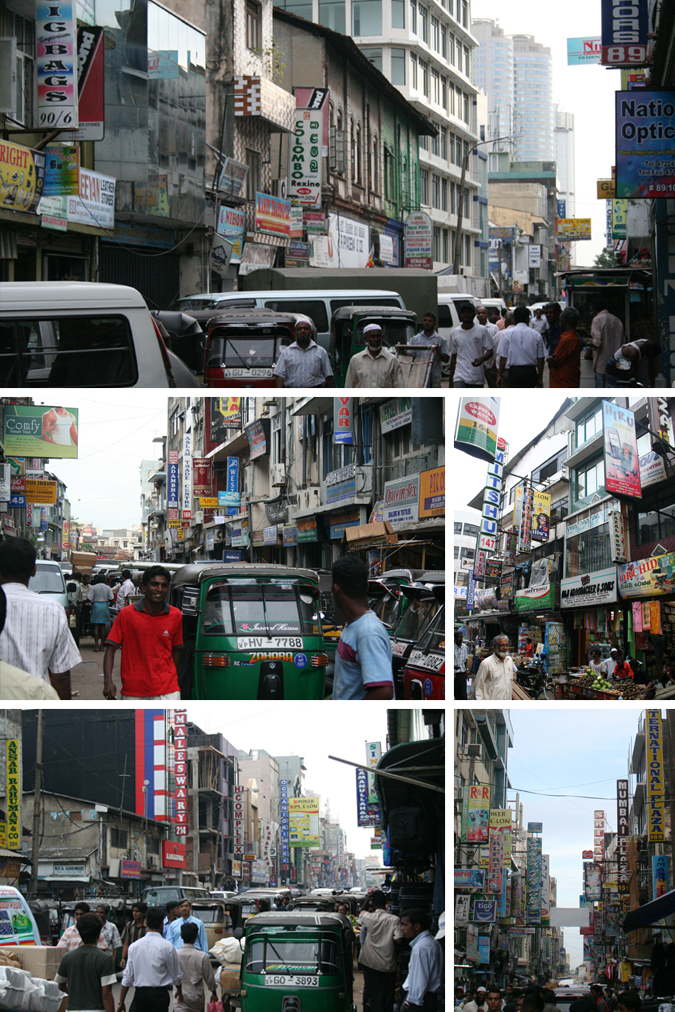 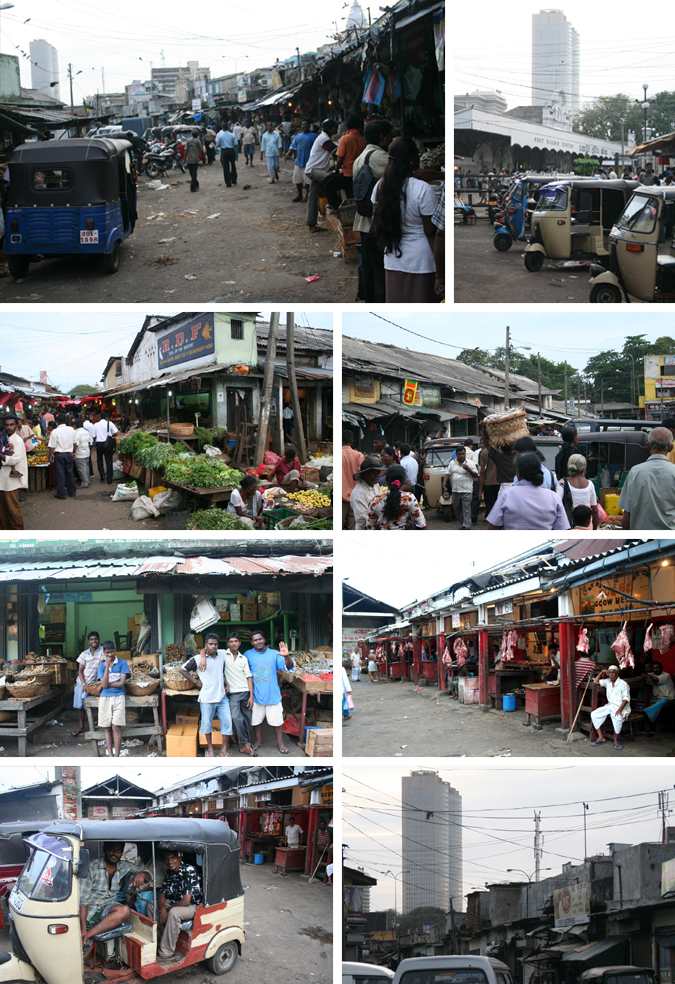 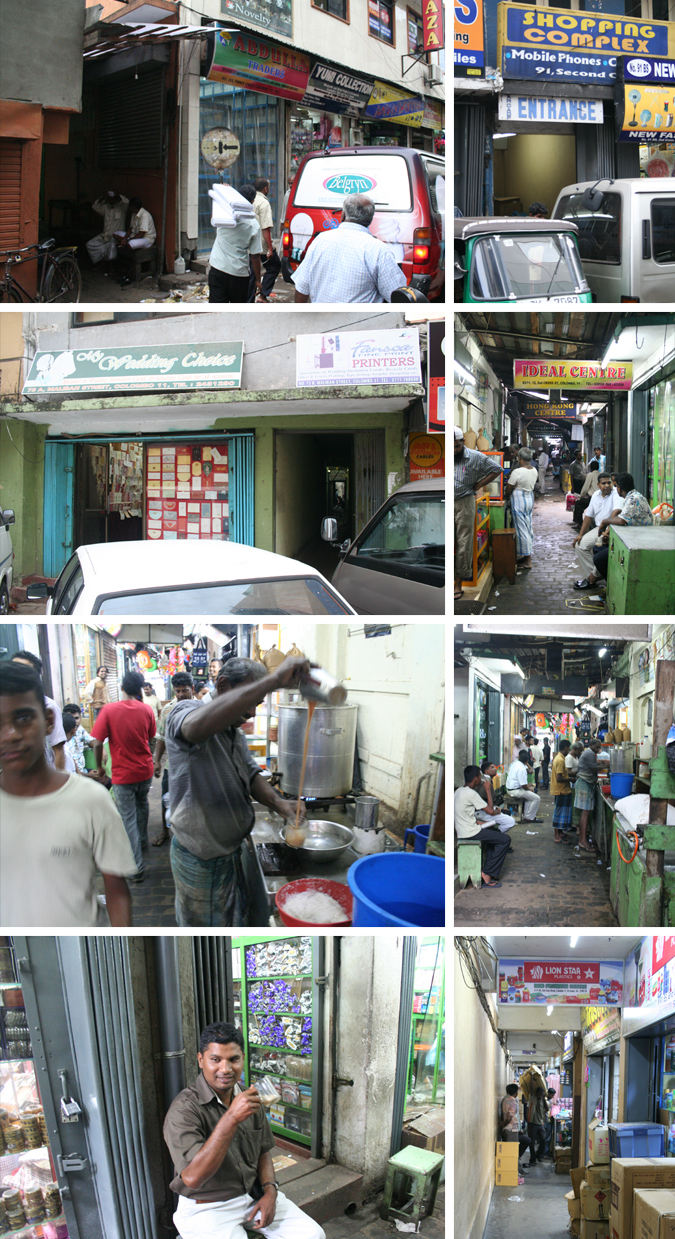