1. There are many cars and motorbikes but little bicycles.
How strange the amount of car and motorbike is in the island only with distance of 15 minutes walk until the edge from the center!. The reason is the weather such as strong sunlight or severe squall or, on the car, the religious consideration for women ? But, I encountered very much motorbikes with women at the back sheet. So, the religious reason may have the idea too much. It may only be not cool or poor-like to take a bicycle. Throughout the island, the motorbikes are parked with order. It shows the high discipline of Maldivean people.

2. Some people don't enter in the mosque when it rains heavily.
Why do some people wait for stopping heavy rain under the small eaves of shops though the mosque is in front of the shop ? The reason is because a mosque has a district or it is a little special for people to enter in the inside ?

3. Male island doesn't have beach.
Though Maldives is famous from the beach resort, Male island facing sea on all sides doesn't have natural beach but is protected with quay and tetrapod. The reason is because the wave is very strong or the land was reclaimed ? On the east side is an artificial beach which is protected with tetrapod and has a small sand shore, but it has no atmosphere of Maldives. It seems that there is beach island isolated from the foreigners only for Maldivean locals near Male .

5. Many people clean being bent at the hips.
I found people who cleaned with short broom being bent at the hips. I thought it was easier to clean if they used a broom with long stick. It is according to the religious reason, the beauty of movements in Maldivean culture or the protection of vegetation resource?

6. The interrocking block is very diffused.
All roads in the island are finished with interrocking block. Interrockking is a material made of concrete, soil or industry waste and has high permeation in general. The reason of diffusion is easy construction without big construction machinery, drainage countermeasure or underground water countermeasure ? I also found its popularity in Singapore and Sri Lanka.

7. No one knows post office.
I asked to three policemen where the post office was. Their answers were various. At three points I visited is no post office. In fact, it seemed to be near the customs, but I don't knowif it is true or no. In the situation that the population is few and the domain of life is only in the inside of island, they may not have opportunity for sending mail, so the post office would not be close spot.

Upload
2007.09 Photos in English version, and photos and text in Japanese version

1. There are many cars and motorbikes. 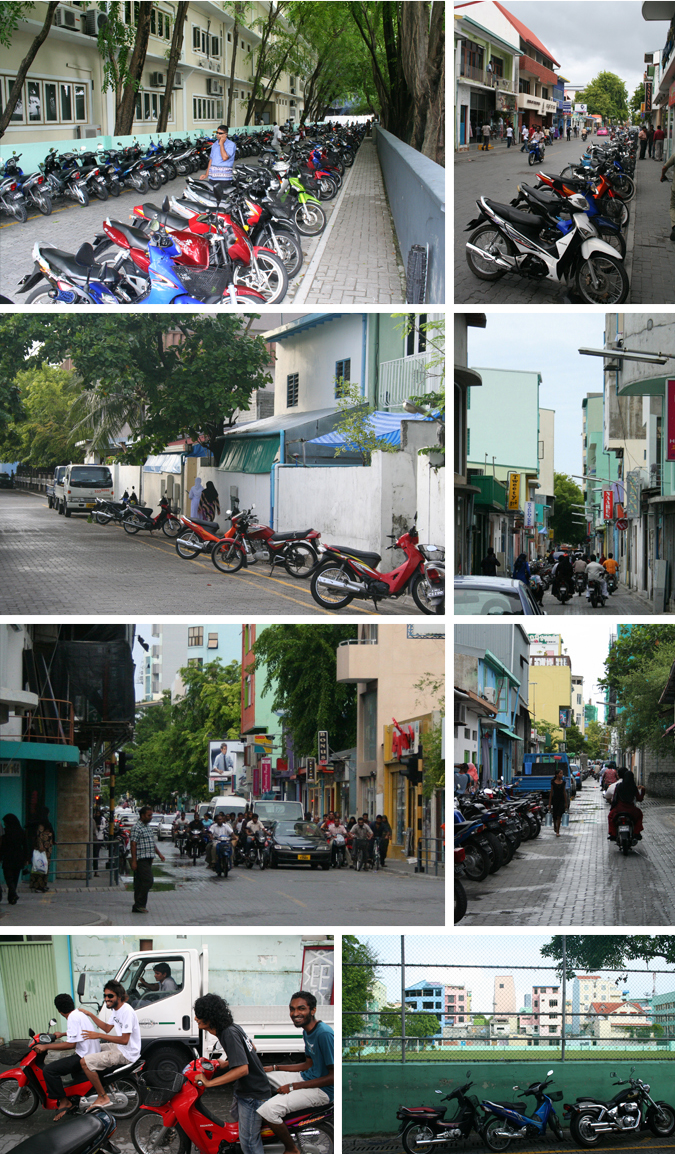 2. Some people don't enter in the mosque when it rains heavily. 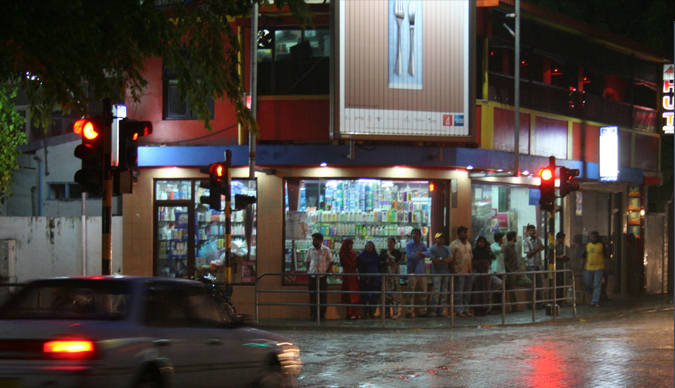 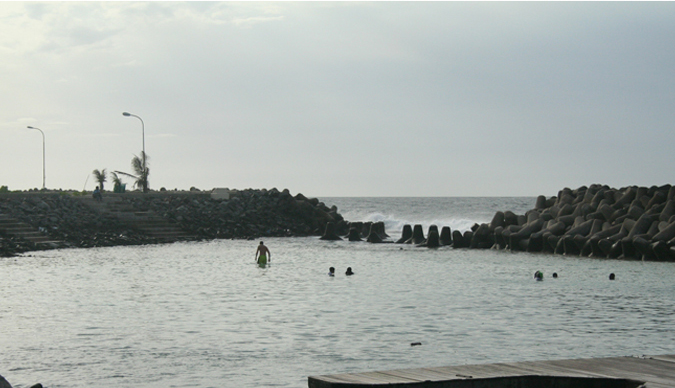 5. Many people clean being bent at the hips.

6. The interrocking block is very diffused.