The United States is a place where the gap between the haves and the have‐nots is big. I imagined that the gap was also reflected on a commercial development and it emphasized luxury. However, it was more jerry-built than I thought.

The Scottsdale Fashion Square with floor area of 170,000 square meter is said to be the most high-class shopping mall in the Phoenix metropolitan area.

The interior seems to keep up a touch somehow appropriate for high-class shopping mall by unified color planning and lighting design of low illuminance for the whole institution. But, look closely, except a floor finished with stone, a wall and a ceiling were finished with a painted board. An interior design of each shop is a little better since it spent money more than a public space. But, the total impression was an air of high-class-like middle class top in spite of a purveyor to the high income bracket and one of the highest-profit shopping malls in the United States.

The Arizona Mills is also a big one-storied outlet mall with floor area of 110,000 square meters. But, the entrance was temporary-like and the inside was full of a cheap atmosphere. The public space exposed an attic and a beam not by design control but due to construction budget savings and, what is more, showy illuminations and objects were installed. It is similar to a big shopping mall in a suburb of Japan. If anything, I should say that a shopping mall in Japan referred to that of the Unite states as the origin. Only one thing that I learned here was that clothes of a so so famous company looked very cheap when the floor area of a shop was extremely wide compared with Japan and clothes lined monotonously in such a wide place.

The next are two sectional developments of a shopping district. The Mills Avenue located beside the Arizona State University is not a pure student town but a delightful and relaxing place. Meanwhile, the Downtown Scottsdale located at the center of Scottsdale and including Scottsdale Fashion Square is a high-class-oriented shopping district.

If a district has no special tenants that are in no other place than here, the difference between both is a scale of the area. So, the victory goes to so overwhelmingly huge Downtown Scottsdale that they cannot walk in one day.

A highway crosses the center of the district, but the district is generally designed so that they could circulate by walking. It will grow dark just while walking around one zone.

As a usual practice of a big urban renewal district, it divides into a small zone and each zone has a theme. All design techniques for commercial space such as public art, street furniture, park, waterside, plaza, winding roadway or circuit bus system are provided. It is equipped with cultural facilities and a convention center, linking with the administrative area of Scottsdale. And the tremendous number of art galleries are there. Since Scottsdale is a district where rich people live and a high-grade resort town, art will be not high-class luxury goods but necessities like food in order to get status.

In short, ’It is not easy to beat Downtown Scottsdale'.

However, it looks as if it had made a bluff. When I walked around, the scenery of a backyard went into eyes. In contrast with the front which dressed up, a backyard is only finished with painted bare walls. It is not very different from the Scottsdake Fashion Square and the Mills Avenue.

The place like the symbol of the consumer society looks grace and rich at a glance, but it is hard to maintain dignity actually and seems to be out of breath. We should admire that it is doing its best or advice that it doesn't need to show off so much for Scottsdale and Phoenix or the United States of dreams? 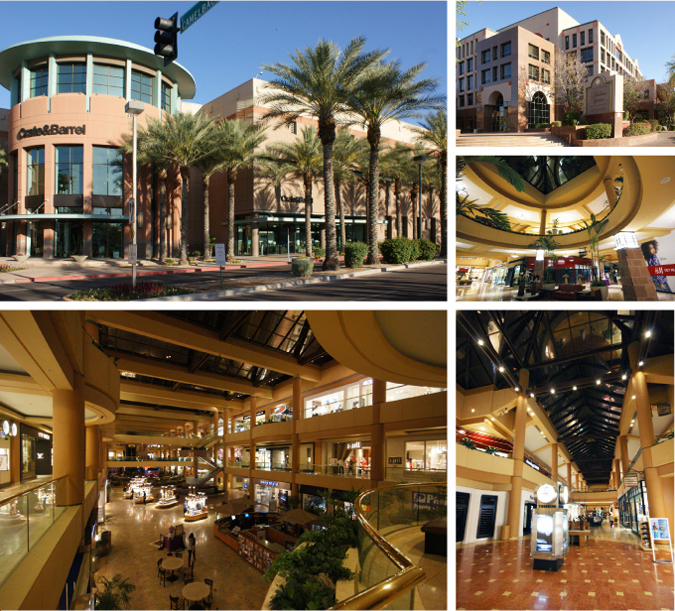 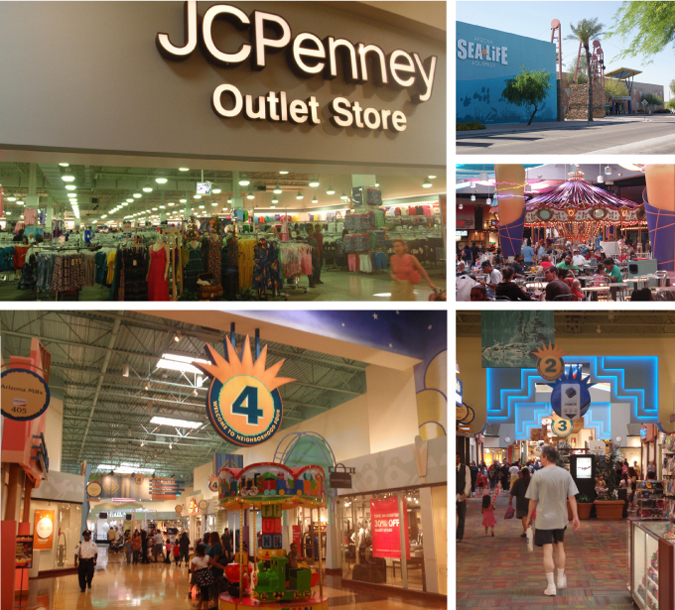 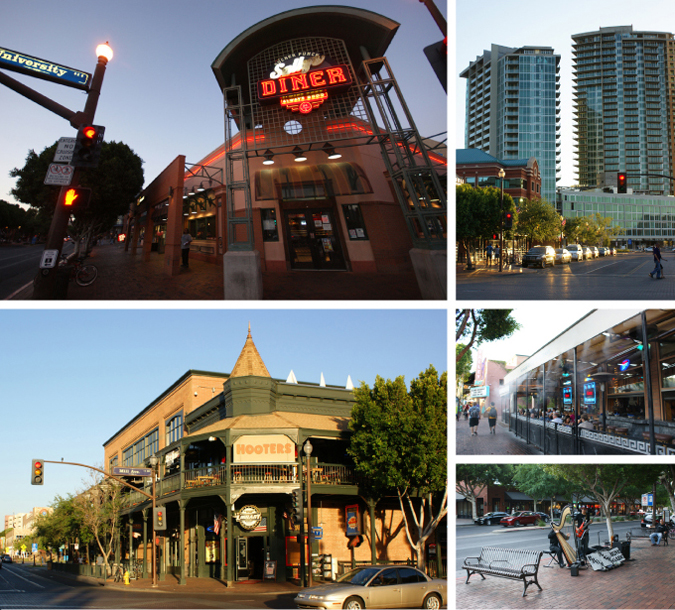 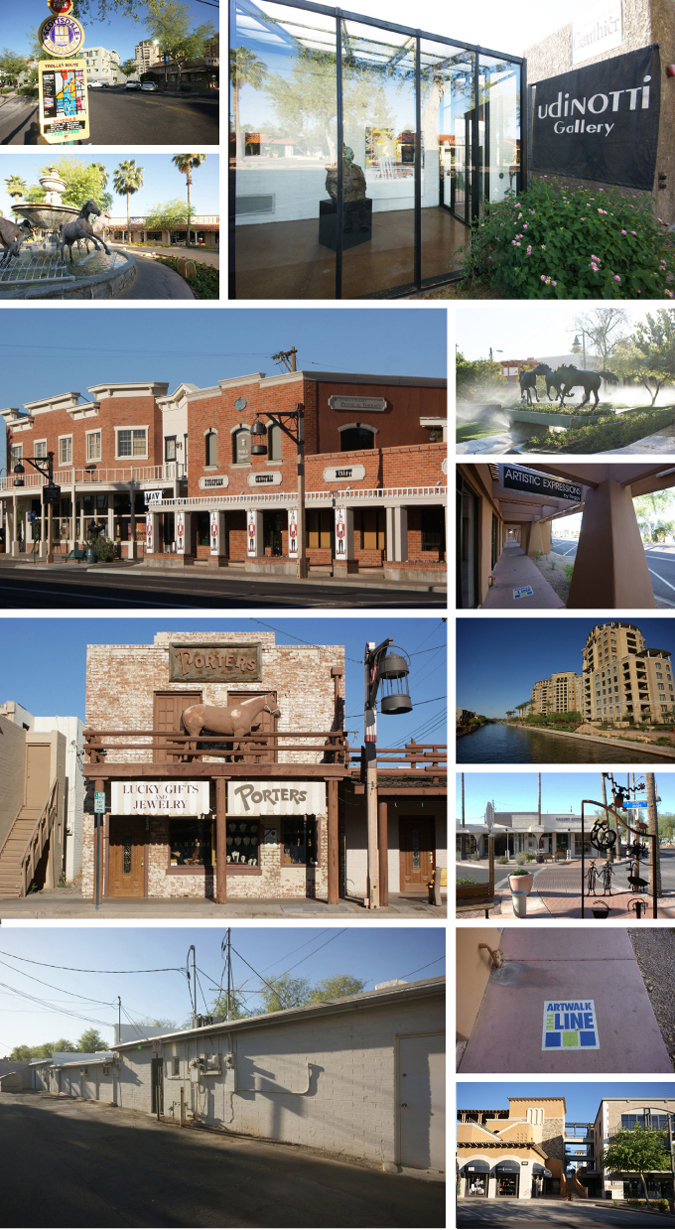