At the end of the 19th century, Chicago made great strides in the economy and the city developed with increasing speed. In the construction boom of a large-sized building, the architects who created innovative architecture were called as the Chicago School. One of the authorities was Louis Sullivan and his most famous pupil was Frank Lloyd Wright. Henry C. Trost was not a beloved pupil of Sullivan but was engaged in Sullivan's ornament processing in Chicago.

They were born in Ohio and had no relation with the Southwest. They, who were fascinated with a colonial architecture of the Southwest, moved to Arizona in the 1890’s and established their firm.

Wright and Trost & Trost who had activity during the same period are selected as one of the architects of the Prairie School which grew in the United States in the early 20th century. If Wright was an unprecedented genius who was only one in the school, Trost might be the brightest student in the class. People like Trost, whose excellence was not too eccentric, must had been a power to improve an architecture culture in a conservative local city.

For a while after the establishment of their firm, they contracted many residences and small scale projects. In Tucson, a lot of works at those days still remain. Among those were the colonial architectures of Missions Revival Style but I left out those which character was not strong. However, others were rather attractive.

The base of their design succeeded the Sullivan style which grafted an ornament on a modern architecture and they created the Trost style by adding to it an air of a colonial culture or the Southwest.

They often used a finish of the stucco style, a corridor with an arch, a courtyard like a patio, a Spanish roofing tile or deep eaves to interrupt sunlight. However, they were not restrained by a colonial vocabulary. Their work is an architecture which combined three factors; regionalism, modern architecture, and an ornament like a lace work by the influence of Sullivan. It is rare to find the similar one.

Every works in Tucson are located in the downtown and residential districts where it takes about 10 minutes by car from the downtown. The district around the University of Arizona, where their many residences remain in the slender lot, seems to belong to the tops of the middle class. Judging form the atmosphere of a surrounding residence, this district must had been completed at the beginning of 20th century.

Those days, in the United States, the middle class-oriented residential district "Street Car Suburb" was developed by expansion of a streetcar. In front of the gate of the University of Arizona, a streetcar route which opened for traffic in 1906 just passed, so the middle class who was gaining power would be just their client.

Trost & Trost's residences are along streets with houses of Greek Style, Victorian Style and Bungalow Style as those period trend. The existence of Trost & Trost-designed residences amog them show that the United States in the early 20th century was the era which made appear people who requested a new architecture without being influenced by fashion trends even in a suburb of the frontier town.

Transportation
10 minutes by car from downtown Tucson to residential districts. 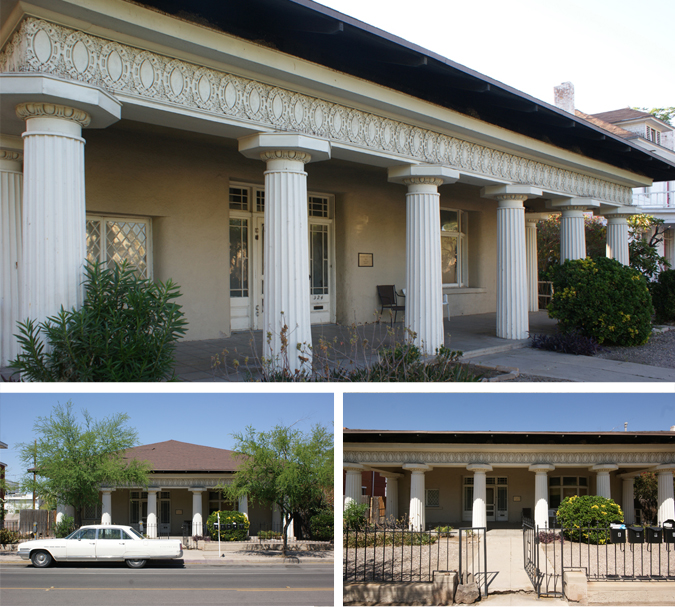 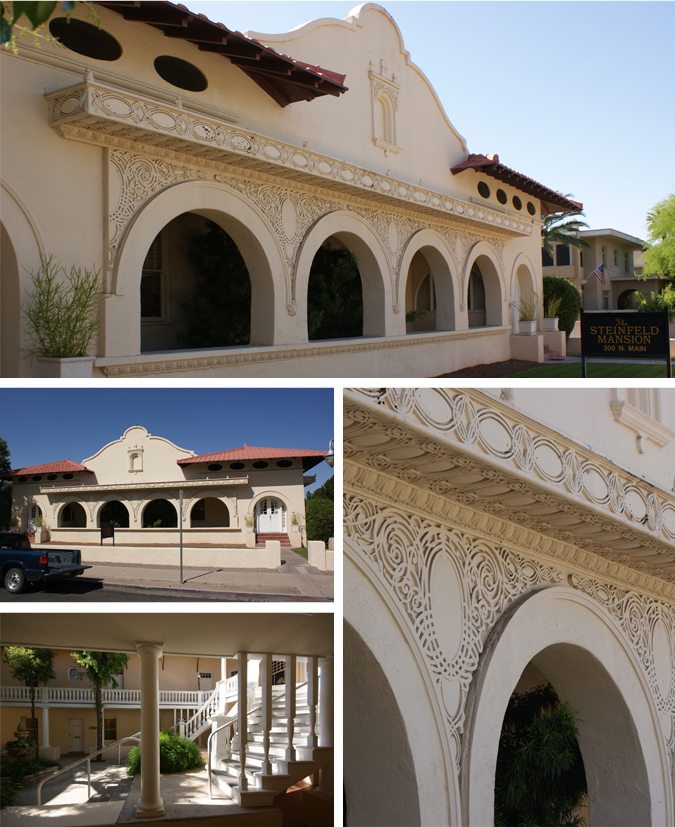 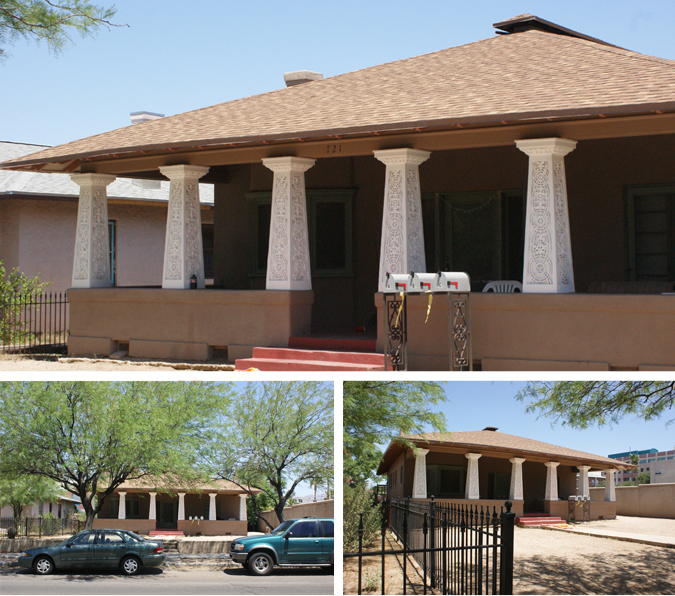