The Evans House, which is located at the edge of Downtown Phoenix, was built in 1893 for Mr. and Mrs. Evans who was a doctor.

The main building is not showy for the hybrid combination of a material and a color. But the terrace with a vermillion scale roof like the upper body of a crane on the front side produces the rich image. It would be quotation of the Oriental image ? However, it was said to be called as the onion house for a while after the completion by citizen. It is a slightly rude opinion. An onion cannot clothe this grace.

It is difficult to imagine the air of those days in the present atmosphere surrounded with glass office building but, for sure, this terrace must have been a focus in the streetscape as shown in the nickname.

At several blocks to the west from the Evans House, the Smurtwaite House is located in the area far from the hustle and the bustle of the downtown. Originally, it was a boarding house built in 1897 and the present name is related to the later owner who contributed it to Phoenix City. James Creigton designed it as well as the Patterson House.

The interior is likely to be designed by the Victorian Style and the planning has also followed the cross type plan. Meanwhile, the exterior appearance doesn't almost have ornaments and is close to the Bungalow Style which was the popular trend after the Victorian Style in the United States. The character of the Bungalow Style is to cover the whole building including an entrance porch with one big roof.

Even if the Smurtwaite House had been a boarding house originally, the pristine exterior appearance reflects the change of a family view from the Victorian Style, which became showy, to the modest Bungalow Style, which emphasized the family's bonds by a big roof wraping a house. 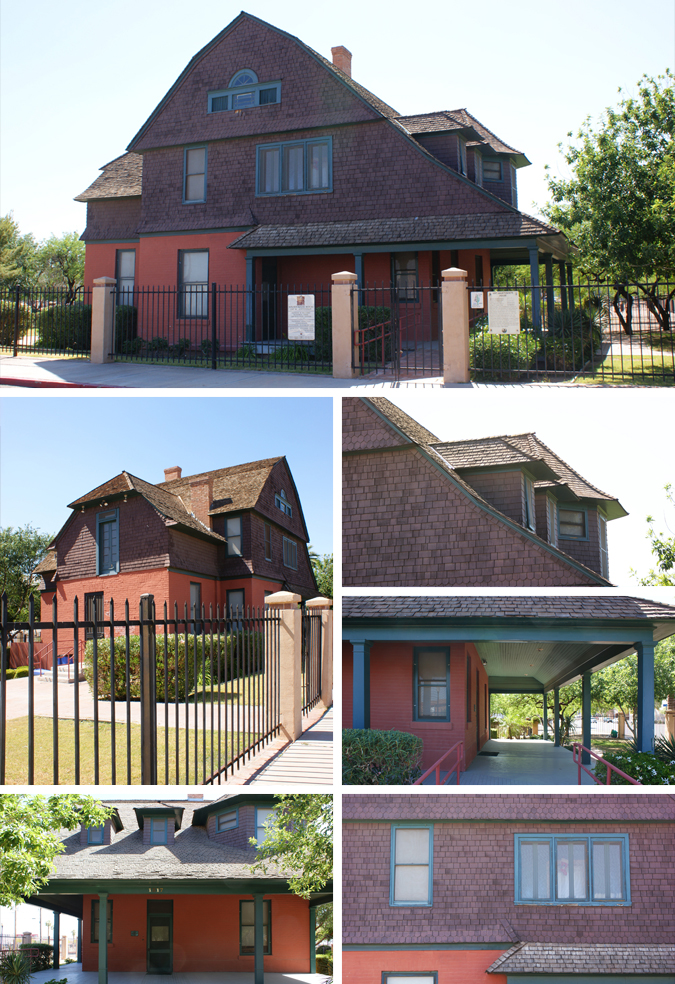