Flow
In the plan before renovating, all rooms were disposed on both side of a middle corridor. Since the depth of the building was deep, the central part was very dark. In the renovation, the plan was designed so that all rooms would be not isolated and be connected by one flow. Walls and furnitures are disposed sifting one after another and rooms are connected by a glass sliding door or a glass transom. The activity of the family is not separated but mixed and the opened relationship is produced. Moreover, the natural light came to reach at the central part.

Node and Shade
The spaces where the activity is active and people gather such as the entrance, the living Room and the library-music room are named as Node. In Node spaces, the percentage (shade) of brown color in the interior finish becomes higher than other rooms, meanwhile it approaches to 0 percent in a private room. The difference of the percentage of brown color shows the shade of the activity in a space and produces a rhythm in the flow. 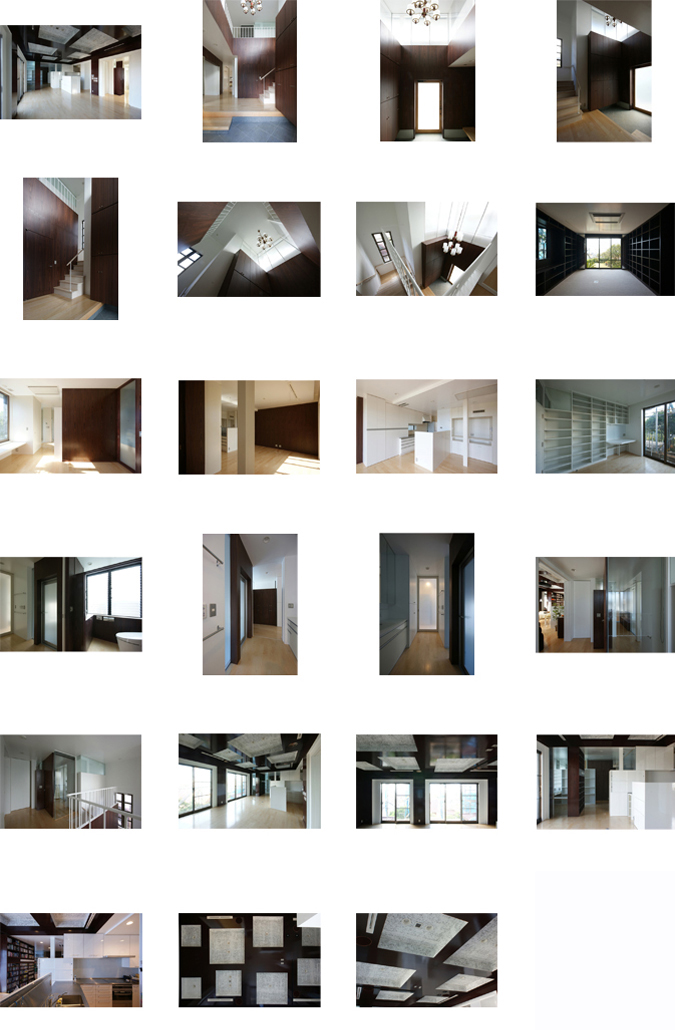