Dambulla town is an important traffic point developing as a distribution base of goods in recent years since the south-north main road in the country crosses with the east-west one there.

Golden Temple of Dambulla as World Heritage locates in rock mountain at the edge of the town. The mountain side with 150m high from the foot was greatly cut and five stone cave temples were provided. In front of the temples, the big bedrock that undulates gradually spreads out like the garden. This site is also a place related to the power of the rock. Each temple is connected mutually with the corridor of the white wall with the ceiling of rock like eaves.

Originally, it was the caves where the training monks had lived. When the capital Anuradhapura had been attacked by Tamils, they had gave shelter to the king here. After the king had recaptured Anurardapra, the king made the inside of the cave temples as a token of his gratitude. The first, the second, and the fourth was provided by the king in the first century B.C.. Since then, it was maintained by king power at time for 2000 years, and the fifth joined in 18th century A.D. and the 3rd in 1915, too. The actual wall painting is estimated to be painted after 18th century because the painting had been re-painted whenever it had discolored .

On the surface of five caves are not engraved intensely like the cave temples in India. The shape of the cave cut out the horizontal floor and a sloped ceiling is only utilized without further chiseling as it is. I did not feel the strong difference of the style between each caves, probably because the difference of time between the paintings is few. (The painting of 3rd cave looked insipid for me. It is due to the difference of the tone of color or discoloration?).

The frame of each space is similar, but each area and depth are various. Some caves are like a large hall while the other caves are lack of even depth for taking photograph. Those produce a different impression for each cave.

The masterpiece is the second cave with width 50m×23m in depth ×7m in height. Big Stupa and 56 buddhist images including nirvana buddha are put. In the center, there is "Rock from which water springs out" as an origin of the name of Dambulla, and the dripping drops from the ceiling. But, those are overwhelmed by the painting that covers all ceiling. Although you cannot understand the interpretation of each element such as Buddha's life or the fight with the Tamils, a large amount of images with which the ceiling was filled is as if a Persian carpet that wove the fine pattern had seemed to flutter air. It is a mysterious reality feeling that the gravity of the rock was disappeared though keeping the gravity. The mandala seemed to fall from the sky although it might be rare in the Theravada Buddhism that Sri Lanka has faith (However, the relic of Mahayana Buddhism seemed to be excavated) .

The temple is living though it is no object of the belief for general Sri Lankan people. Even when I visited, the door of caves was shut for about 30 minutes because of the service of the priest. Like that, it had kept being maintained during 2000 years by the priest who had not be puzzled as to the rise and fall no matter what it had drew a large believer or the believer had abandoned it. And, in the future, they would also succeed it as a place of the belief. Neither Unesco nor a Sri Lankan government can match them.
I

am anxious about a hopeless lighting. The buddhist image and the wall painting look like the corpse of the charnel. Don't Unesco and the government have some counter measure? They should investigate not only about the restoration and preservation but also about how to show it, because it is World Heritage. The dambulla expects the encounter with excellent lighting designer who would revolutionize the color, the illuminance, the irradiation method, and the equipment design to the style suitable to World Heritage.

Transportation
4 hours by car from Colombo.

Upload
2007.11 Photos in English version, and photos and text in Japanese version 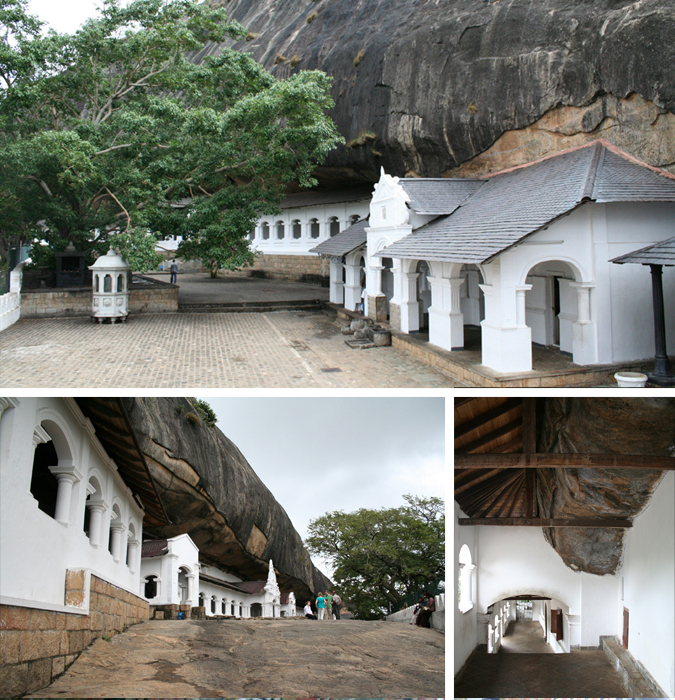 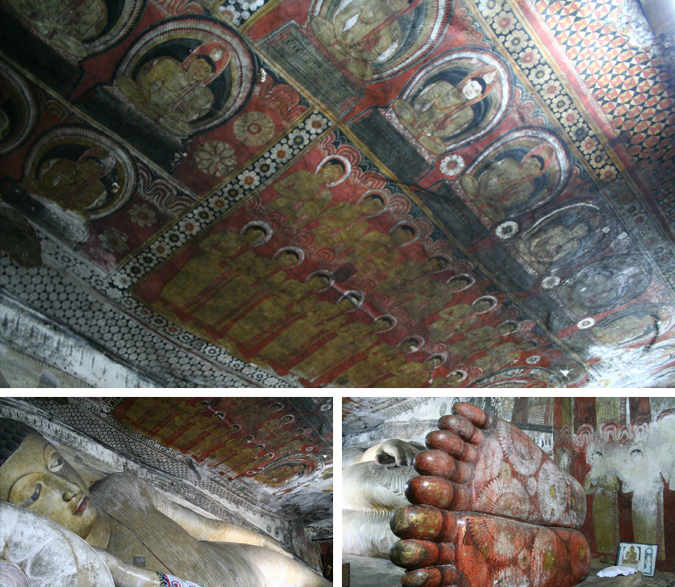 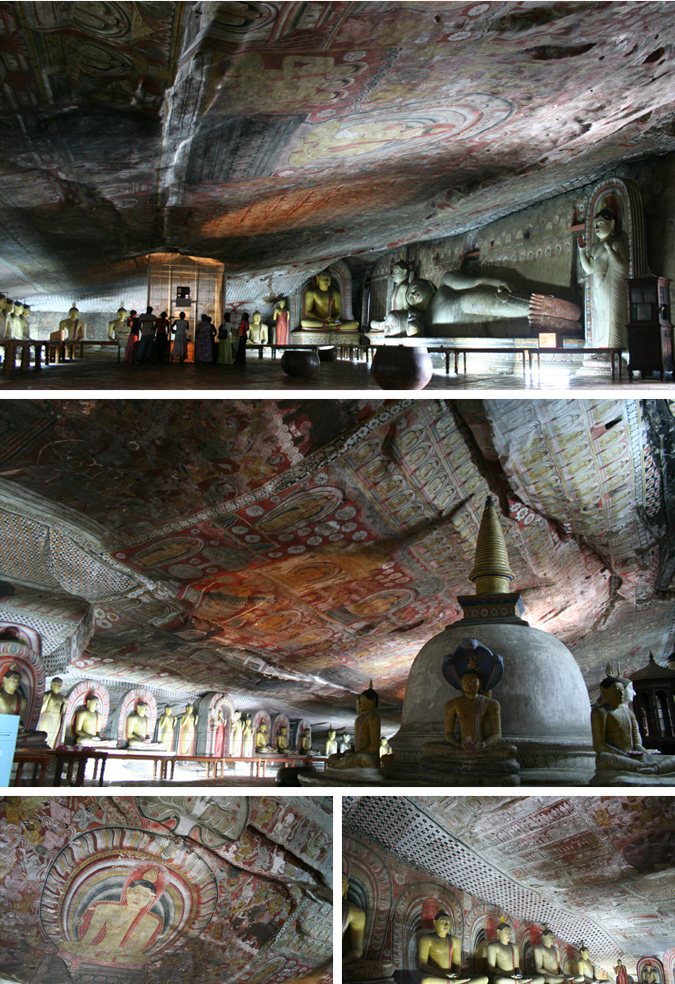 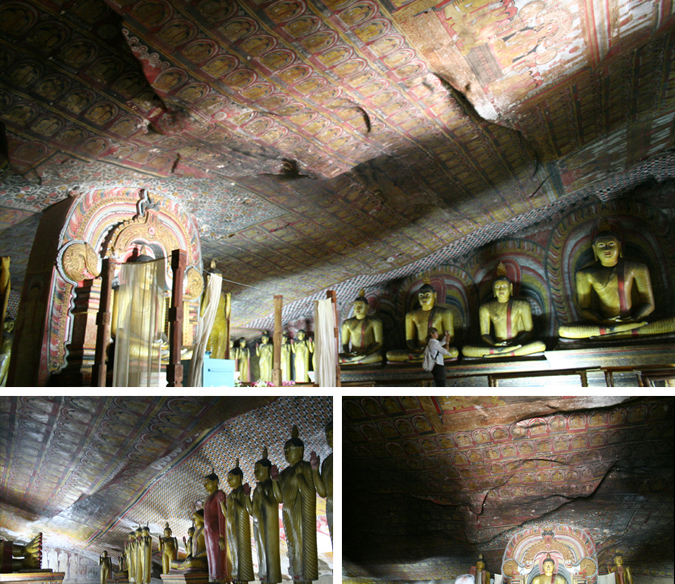