Over the point where I descended the circular stairway was the ticket check, and it was the entrance to "Corridor of the mirror". The wall of the brick was finished up in the specular with albumen, honey and lime. The character drawn on the surface seemed to be scribble, but, in fact, those are poetry that praises Sigiriya angel or the story of Sigiriya written in the Shinhara word from the 6h to 14th century by the pilgrim to the monastery that had succeeded Sigiriya. If you observe in detail, you may find English character that insolent travelers would scribbled recently. Roughly, the poetry by Shinhara word might have been scribbling at that time though it had historical value according to the passing of time for hundreds of years .

Now you will find the 'stairs of the heart breaking (tentative name)'.

When going up the 'stairs of the heart breaking', you arrive at "Lion's gate". You might misunderstand that you would reach to the summit, but your optimistic expectation is broken. However, at old times, the vassals seems also to have used the small hollows on the surface of rock in order to go to and fro, so they would have hard time apart from the king who had lived at the top of a mountain.

Though it is not imaginable from the ground, a big plaza was in front of the foot of the huge lion foot made of the brick . A part of the rock mountain with gentle ups and downs seems to have been processed to a smooth steps terrace though the top was also so.

It is difficult to find the design methodology in common with the whole although each element has a high-quality. It may be defined as the process planning, that is, designing corresponding to the condition of each place like other traditional spaces in Sri Lanka. The lack of common concept doesn't mean that it is inferior. Creating the rhythm according to location ofthe various elements along the route and designing correspondent to the difference of the landscape's shape of each point may be rather modern and environmental.

Now the time for a challenge has come. This time you climb the 'stairs of the heart + lungs breaking (tentative name)' , You goes up, and goes up, besides goes up, then finally you will arrive at the top, probably. For me, it was after 50 minutes from the foot of mountain.

The ruin with area of 1.6 hectares was narrower than I had imagined. Both sides were steep cliffs. You can see the garden on north side at the mountain's foot and plains with all sides . On the top, only the step terraces built with the brick remain and there is no look of the palace. The sense on the ground doesn't reach until here, only the wind with lonely sound extends.

Was Sigiriya a grand dream or rash dream ? Being rash might generate unnaturalness and disharmony with the climate or the society, so, the palace could not keep living long. And, from the instant when it had change in phantom, the story that exceeds the reality started. As the dream was too rash, might they talk it magnificently more than the actuality and they be attracted more than old times.

Transportation
3 hours by car from Anuradhapura and Kandy. 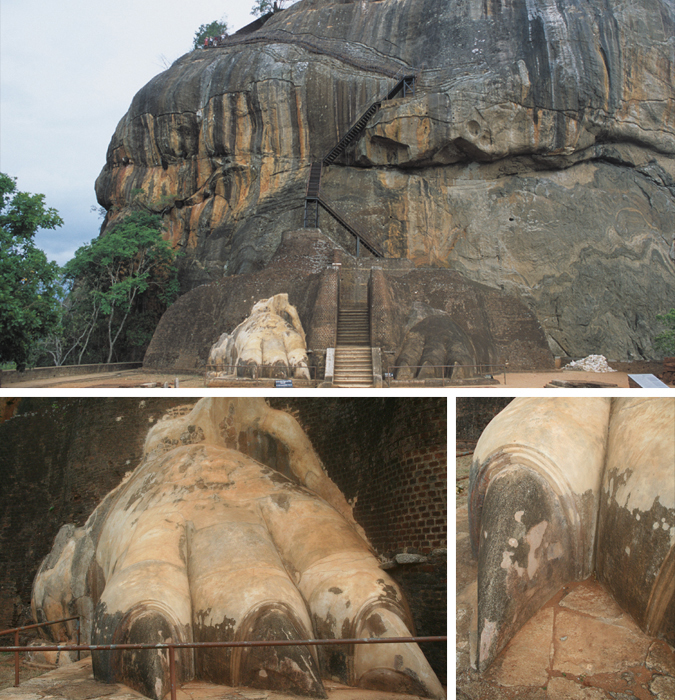 Sigiriya (484) - Staircase to the summit and the Ruins of Sigiriya 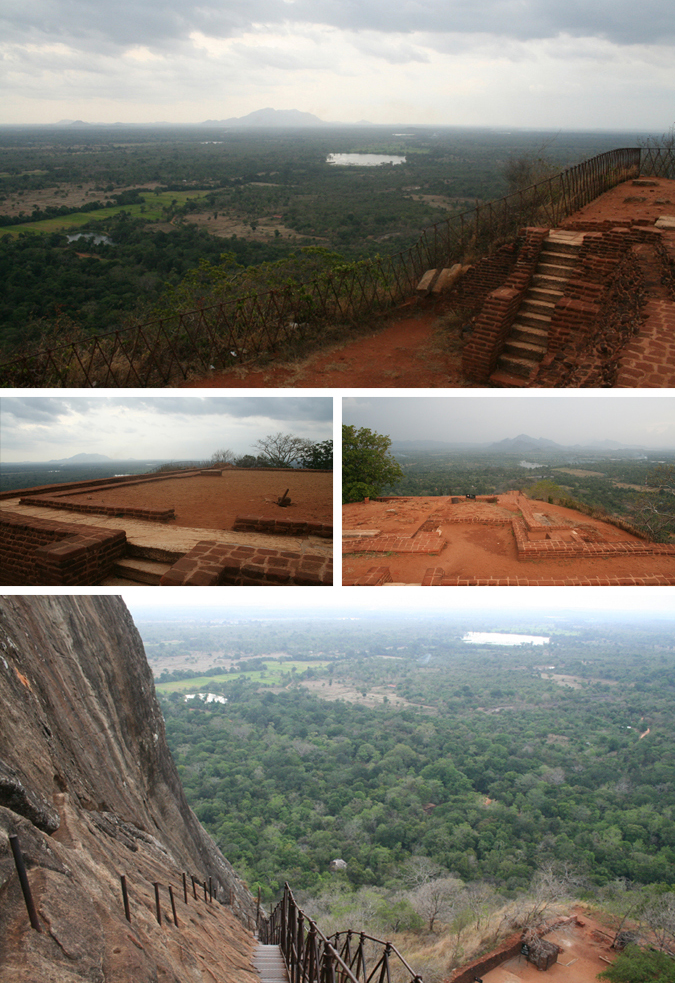