Before dawn, I awoke by the drumbeat that sounded like the distant roll of thunder. I was anxious about the sound and I couldn't keep calm, so it was time of the action. When walking on the dim road along Kandy lake with rare traffic, I found the light of the Temple of the Sacred Tooth Relic in the opposite bank of the lake. Apparently, the sound came from there. As turning round the lake and approaching, locals increased gradually. Is it a service of the daily work in the morning? When such a number of people visited in the early morning, I felt the fervent religious beliefs of Sri Lankan people.

Although it is difficult to imagine in the calm scenery, the Temple of the Sacred Tooth Relic where Buddha's canine tooth is enshrined is a symbol of the Buddhism and, therefore, an object of terrorism in Sri Lanka where the fight over the Shinhara people of the Buddhist and the Tamel people of Hindu continues. In 1998, a part of temple was destroyed by explosives. The severe body check and the luggage check before entering in precincts was due to the influence of incident.

When entering the gate, a white eight corner shrine Pattiripuwa founded in 1803 appears on the tip of a long approach. It was constructed as a king rest room but it is the library where the sutra is owned now. It was also a point largely damaged by explosives. Beyond a long and slender moat in front of Pattiripuwa is the main part. When going upstairs and downstairs and passing through a tunnel, I arrived at the courtyard in which center is the small shrine for Buddha's canine tooth Vahahitina Maligawa. The origin was founded in 1707. The two men whose upper part was naked played the drum and the whistle leaning to the pillar of the first floor. It was the sound that invited me. They announced the opening of ceremony Puja that a small stupa which stored Buddha's canine tooth was opend to public.

In the small shrine, the golden Buddha image is enshrined on the first floor and Buddha's canine tooth on the second floor. Only at the time of Puja, the door is opened, and the small stupa that gives off a golden gleam appears (see the photo at the left of the fourth step). Usually, they only see the feature of the stupa and only a high-ranking priest or an important person of the government is allowed to see Buddha's canine tooth directly .

Buddha's canine tooth brought from India in the fourth century had been enshrined in Anuradhapura at first, and it had rolled with transfering the capital. It was also a period that had been taken home to India temporarily as booty, but, in 1592 when Kandy was established as a new capital, Buddha's canine tooth was carried to Kandy, and, in 1603, this temple was founded in order to enshrine it. Afterwards, Chinese generel Zhe`ng He´ required the delivery of Buddha's canine, and, in colonial times, the Portugal tried to repay it and the British tried to take it away as a symbol of rule.

Now, in front of the shrine, many young and old man and woman stand in a long line silently though they only see it for a few seconds. Buddha's canine tooth seems to find the best place where they welcome with respect appropriate to the value after the long transition. 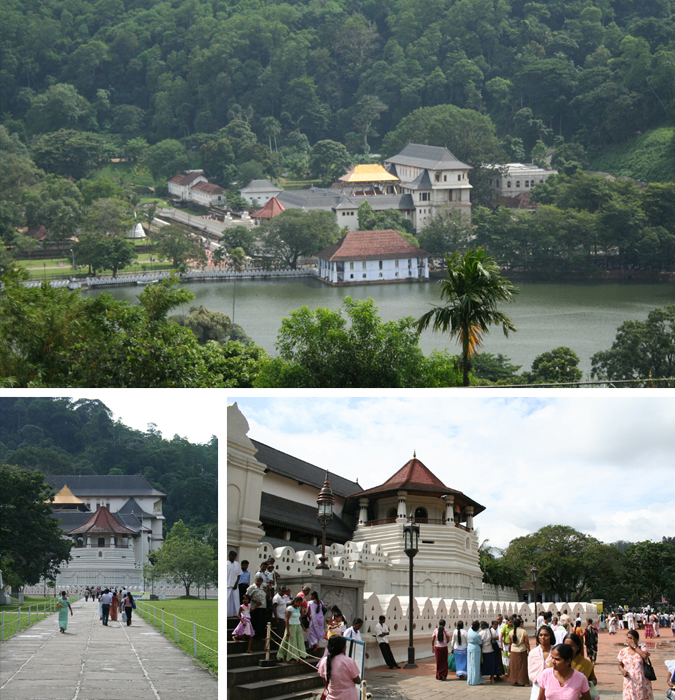 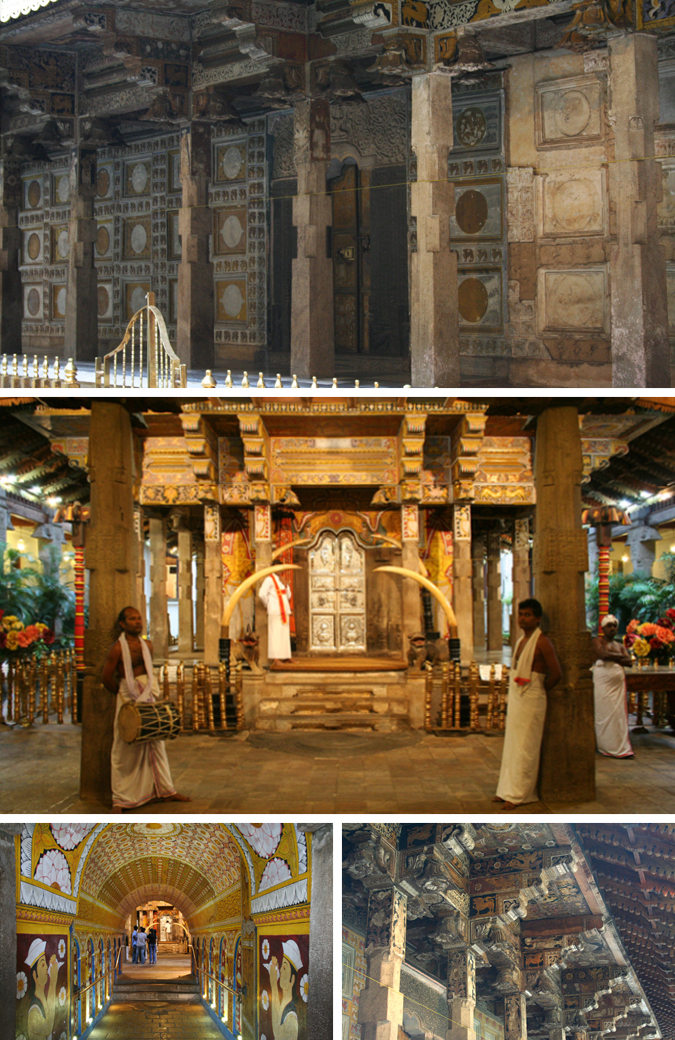 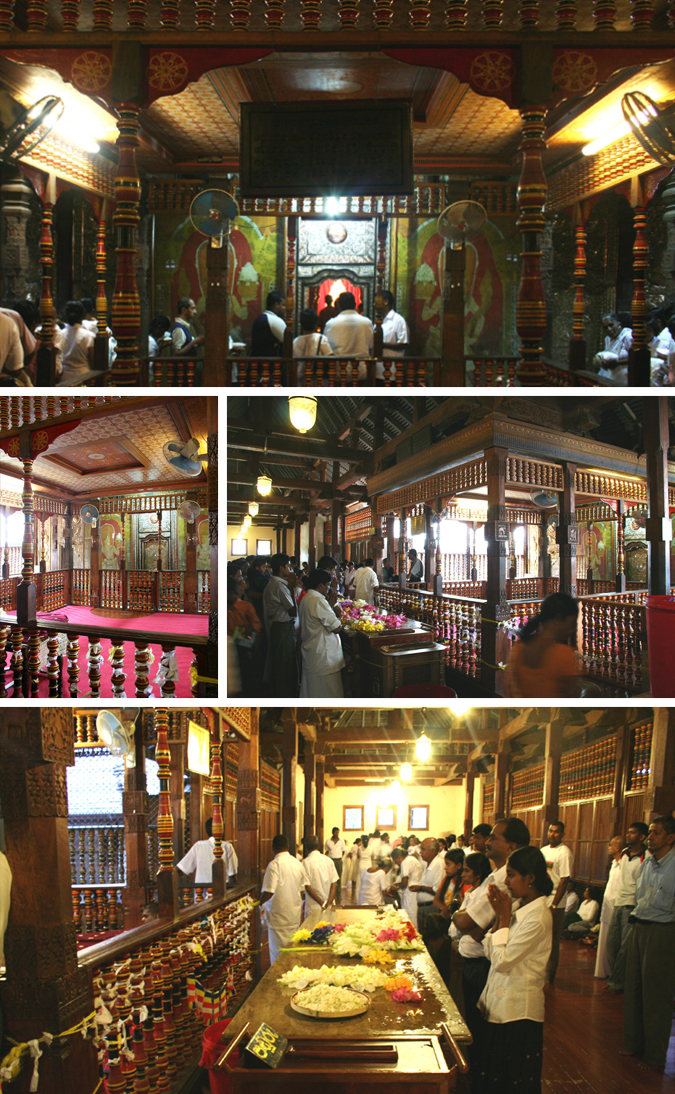