In the first half of the 18th century, Britain, that was a ruler in those time, started coffee cultivation at the entrance town of Hill Country, Kandy, against the Netherlands who succeeded in growing coffee in the colony Java. In 1868, Sri Lanka led the world in the coffee production, but, due to disease, coffee cultivation was destroyed in the 1870' and switched to cultivation of rubber and tree cinchona as a base material of a specific remedy for malaria. That also failed with a volatile rise in price, and then began the cultivation of tea. This is the beginning of the tea industry famous as Ceylon Tea, and the stage was Hill Country.

The area from Kandy with the height above sea level 500 meters via Nuwara Eliya with 1,900 meters to Bandarawela (the name of the tea producing areas is Uba) with 1,200 meters is the main producing area of high-quality tea. A beautiful tea plantation continues along the road from Kandy.

Tea plantations, that don’t seem to have been planted 150 years ago, have been pruned beautifully and have gotten acclimatized to this place as a landscape representing Sri Lanka. The wavy silhouette meandering along the steep slope of a hill seems to have laid a fine green carpet in the distance.

However, why this landscape, that must be not easy to mechanize, has been maintained even in the 21st century ?

As a worker of the coffee cultivation, Britain brought a large amount of Indian Tamils from South India (they are distinguished from the indigenous Sri Lankan Tamils living in the northern region and the east coast). Even after coffee switched to tea cultivation, they supported the tea industry as farm workers. Except the northern region and the east coast, the percentage of Tamils is abnormally high only in Hill Country.

Attribution of Indian Tamils was vague. In 1931, voting rights were granted to them under British rule, but, in 1948 when Sri Lanka became independent, Sri Lanakn government established the law to deprive civil rights of Indian Tamils who could not prove that they had lived in Sri Lanka since their paternal great-grandfather's time. Nearly 900,000 people corresponded to that. It was the result of the Sinhalese priority policy and the former colonizing nation Britain also seemd to not actively oppose it.

In 1964, an agreement with India to return a certain proportion of Indian Tamils to India was concluded, but many of them who remained in Sri Lanka remained stateless. Until the amendment bill was passed in 2003, they could not have civil rights.

The beautiful tea garden and hand-picked collection of tea leaves, which is regarded as the highest quality, has been established by employing many Indian Tamils as low-wage workers. They are said to be put in a severe situation that is not much different from the colonial era although farms provide minimum medical treatment and education. Even in such a situation, Indian Tamiles of workers had long been in a state of statelessness, so they had neither freedom nor right to move to the outside and had no way other than to live in the farm.

Now, it seems that the outflow of workers' children has begun. But, when seeing this beautiful landscape that is still being maintained, I realize that it is not easy to overthrow the colonial-style social system that Britain founded.

Hill Country is a place to know that a beautiful scenery often associated with contradictions of social system. It may be "landscape created by racial discrimination".

As an aside, the tops of Sri Lanka's high income earners are said to be the owners of a tea plantation.

Transportation
Within the walking distance of downtown Kandy.

Upload
2007.12 Photos in English version, and photos and text in Japanese version 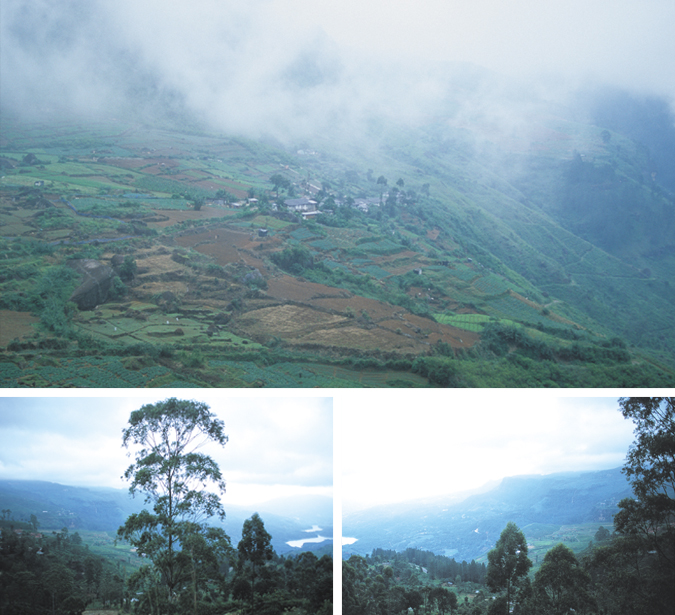 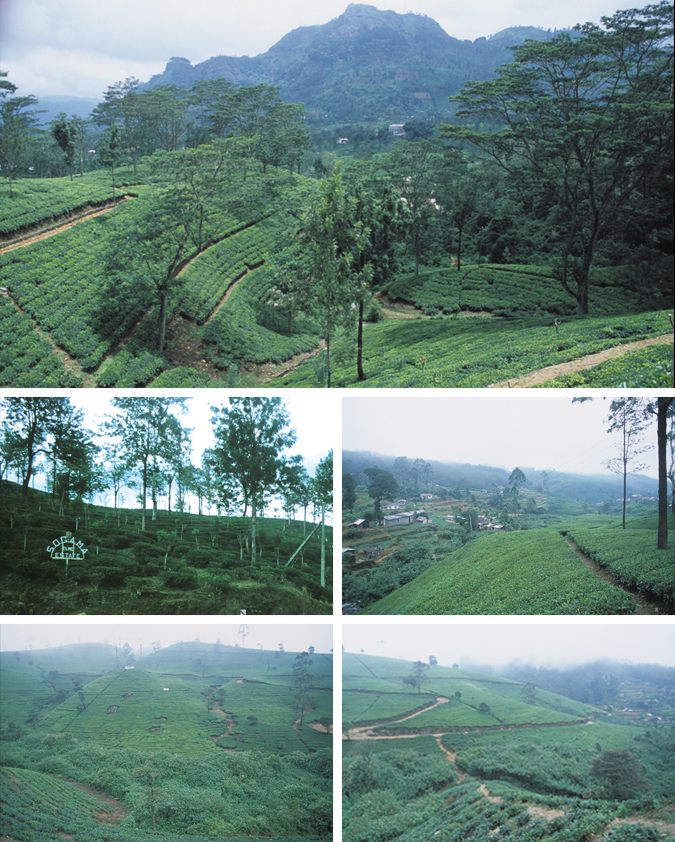 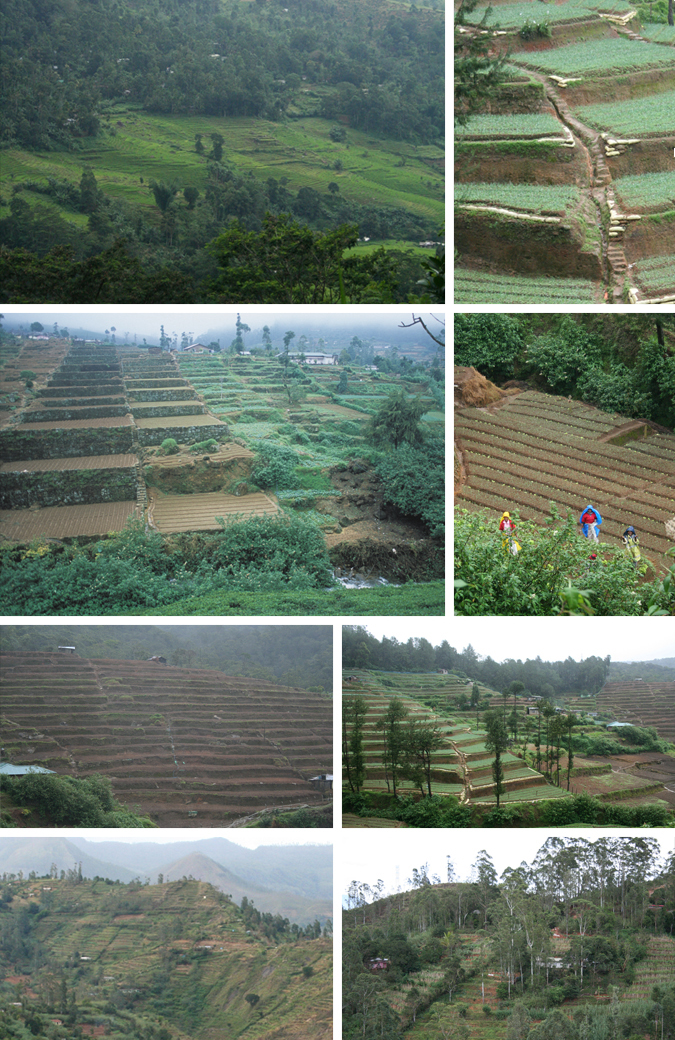 Scenery of Village in Hill Country 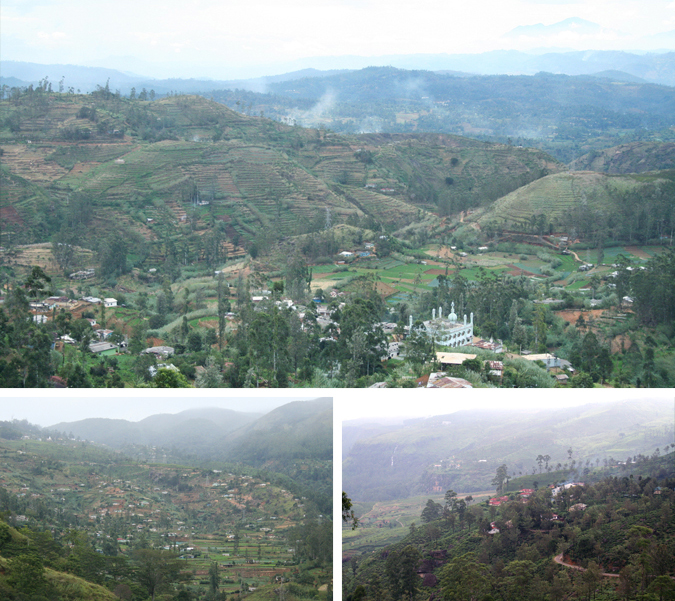