In Phoenix, historical buildings are preserved unexpectedly. But, insipidity of the downtown ranks in top ten among the towns where I have visited. It is a city planned with grid based on a car speed. So, walking along the street, the townscape appears to be lack of delicacy.

A saviour in such downtown Phoenix is free paper boxes lined on the street.

They are often seee in the downtown of big cities in the United States. At a place where small stores line and people and car go back and forth continuously, the existence of a free paper box may be inconspicuous or synchronize with townscape. Or, in a town where historical buildings predominate, it becomes an alienation factor in the townscape due to cheapness of a plastic material. Tucson or Santa Fe with many small and old buildings were so.

Nonetheless, it was interesting that it looked lovely suddenly in downtown Phoenix where there are only big buildings and no one was seen on the street. I had taken only photos of a free paper box. An impression is relative. According to the urban space of Phoenix which has been planned with anti-human scale and which surface was covered with stone, metal and glass, colorful and quite small free paper boxs have been breathed and have become existence reminiscent of human scale. The townscape goes becoming the background of a free paper box.

During the stay of several days, I could not imagine free paper affairs in Phoenix or the power in the society. However, the prettier house the box looked, the stronger my impression that it must be a device connecting people in this vast city became.

A free paper box which appears spontaneously like weeds overlaps with the way that free paper should go. Meanwhile, if the box is subjectively designed as another townscape, a new urban space like "the town in a town" may appear. Wouldn't such design conversely induce the figure of new network and mass media ? 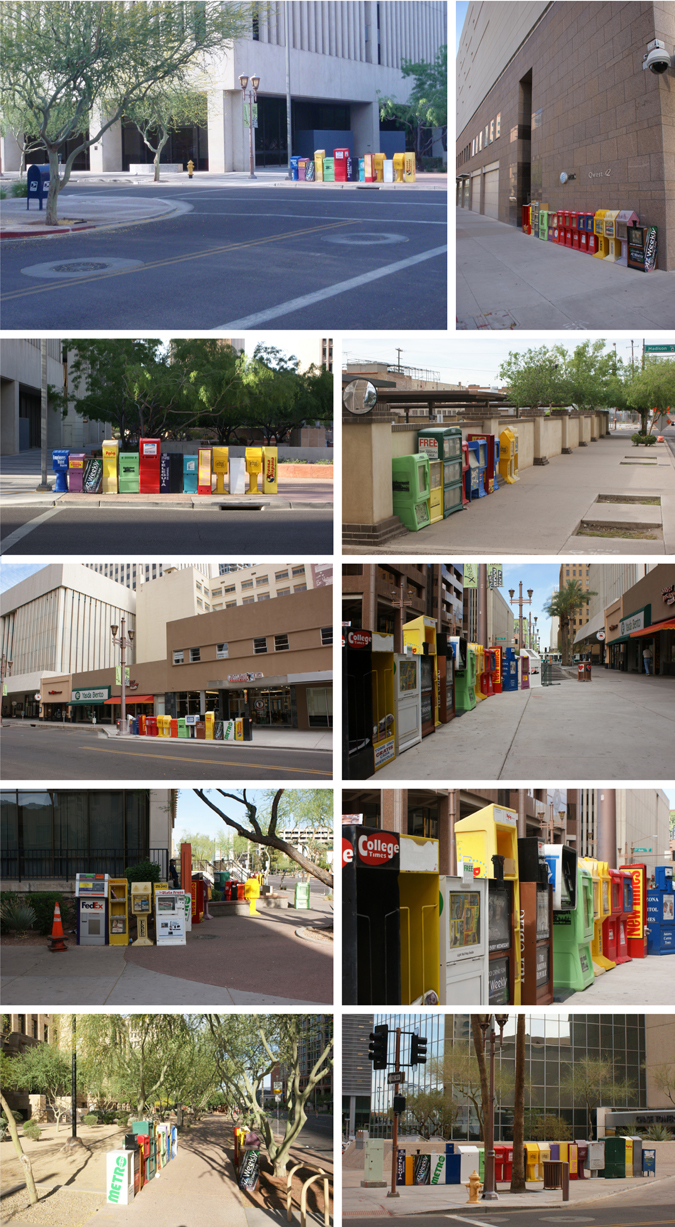