The small entrance of the community tunnel built in the redevelopment district 'Faret Tachikawa'.

It was planned near a pedestrians' crossing on a sidewalk with the function as a ventilation tower of the underground community tunnel.

The police required it so that it would not shut off a pedestrian's view and not become the cause of the accident. They especially
hoped the using of glass in the eye level.

Based on the condition, it was designed as a minimum unit in the city and I named it ‘Hut parked in the streets’.

As cars are parked in the streets, the hut is parked in the sidewalk. The body is covered with aluminium plate like the silver-colored car and it also has three-layer composition like a car : breast wall, window and roof.

Besides, it was designed so that each side of wall might turn to the next side. Each side is not independent from the other side. So, they are little conscious of the architecture and concentrate
on the situation of the pedestrians’ crossing through the window.

It is similar to the cars parking on the street. They are not conscious of them and we don't decompose the car into details for analyzing.

n the city scale, this hut becomes the minimum unit that cannot be decomposed any more. 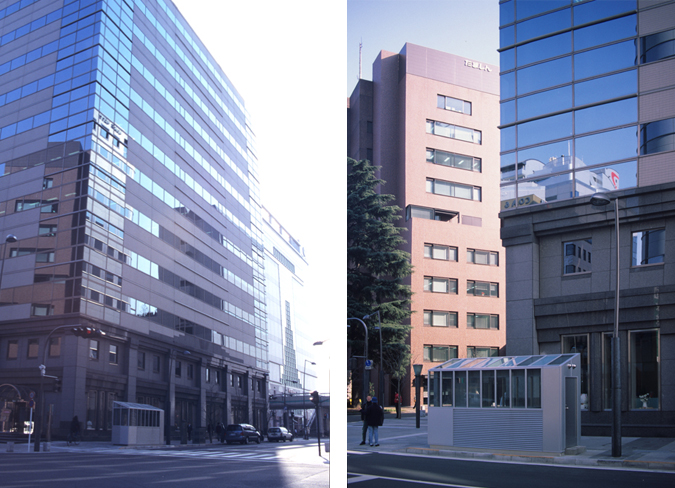 Stand as if it had buried in the valley of the buildings. This hut was designed as if it were parked on the sidewalk so that cars could park on the street. 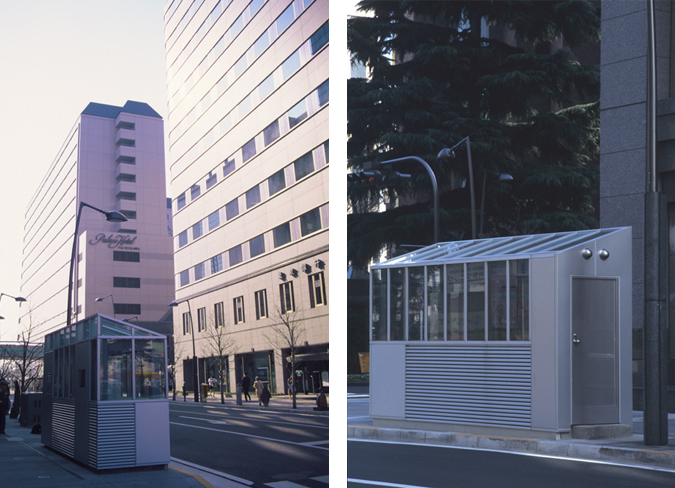 The exterior is divided into three parts, the body, windows, and roof, just like a car, and the aluminum material with an impression close to the silver color applied to a car is used. 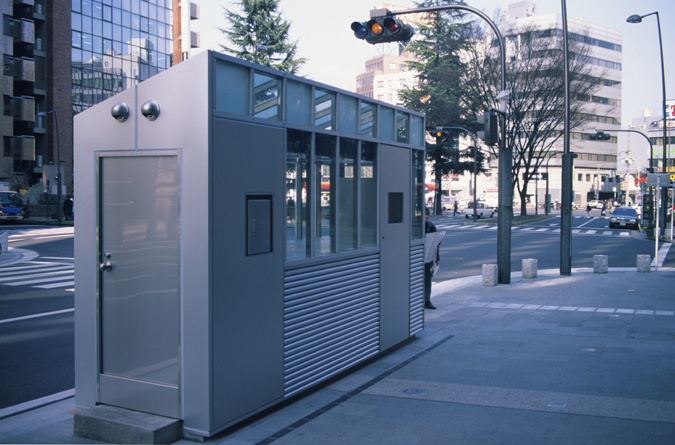 The police requested that a glass is used at the height of walker's eyes in order to ensure the visibility at the intersection. 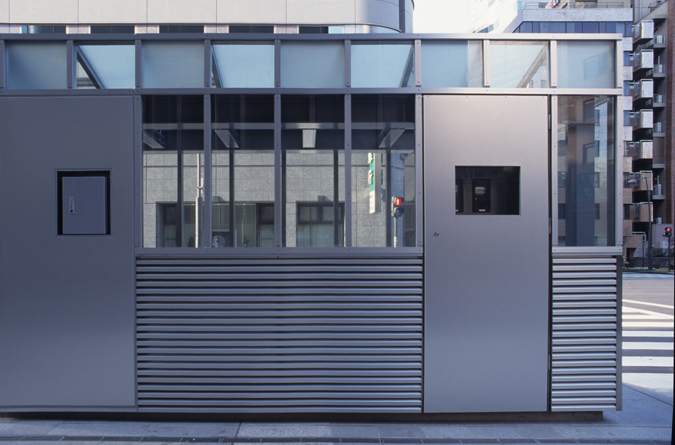 It is designed so that people who pass the sidewalk are not conscious of that an architecture exist there. It's similar to that no one is aware of a car parked on the street. 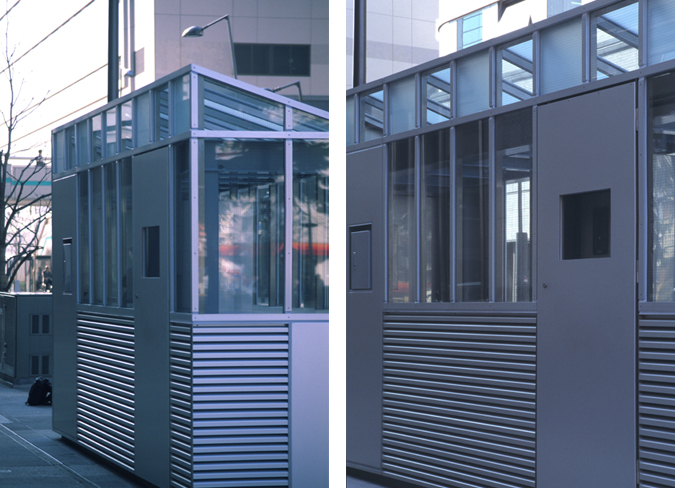 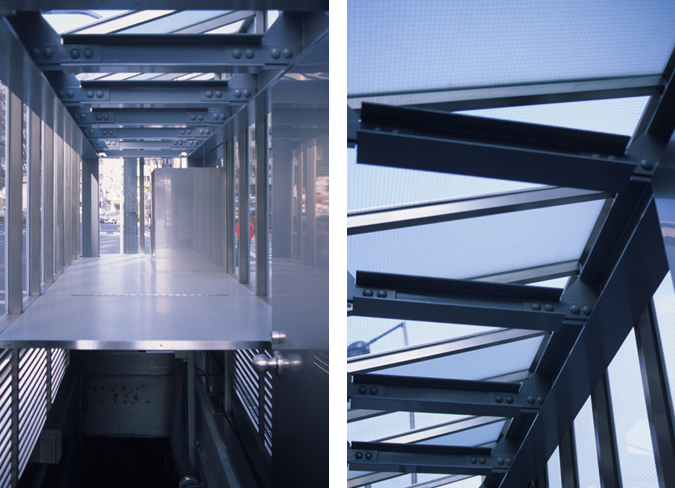 See the interior. Bright light comes in from the top light.