The site is in the village near white sand beach in southern island in Japan that
belongs to the subtropical zone. It locates at the high point of the village.

On the 2nd floor level, they see the sea in the both side of East and West. In the neighbour of the northeast is a sacred space for locals. In this area they live with
natural and ancestor belief. They pray there toward the sea of west side over that they believe of that the pure land exist.

On the 1st floor with radiated plan, the 2nd floor with square form plan is put.
The 1st floor is a common space for guest and a client space. The plan was decided so that the view from the sacred space would not be obstructed by the construction of this architecture. The corridors between 3 spaces are for passing
the views from the sacred space to the sea of the westside.

The 2nd floor is guest rooms. The plan was established adjusting to the axis of the south-north and east-west, and each room has terrace opened to the east and west so that they can experience the sunset and sunrise on the sea.

The roof is covered with green. It is a consideration for the view from the rural village that is at lower level than here. The guest from the room also can see the sea over the green. 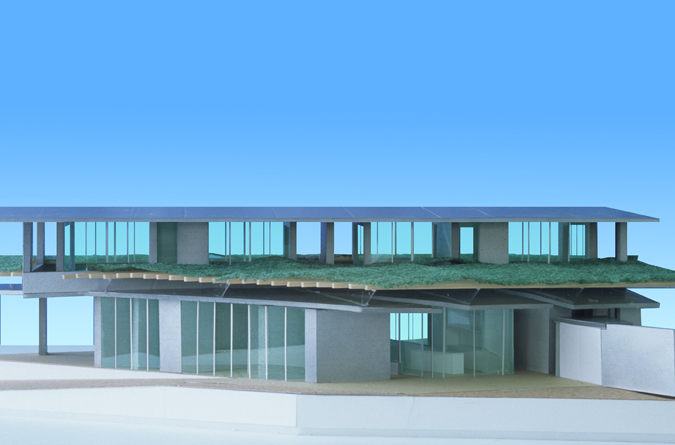 On the common space and the owner's house of the radial plan on the first floor is a guest room that is arranged along the north-south axis and has windows on both east and west sides. 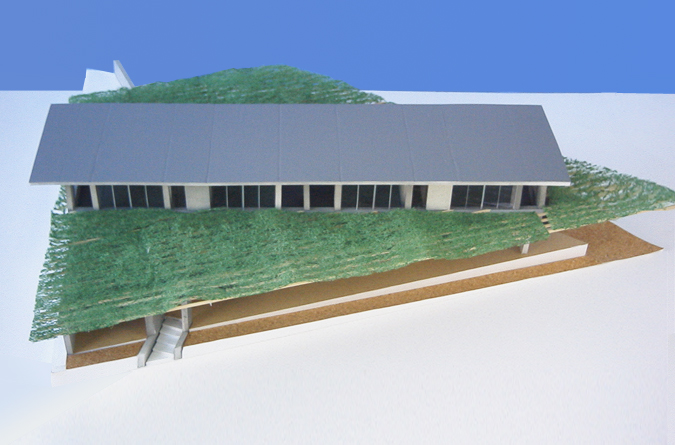 Look down the villa from the west. The roof is covered with plants, continuing to a forest landscape. 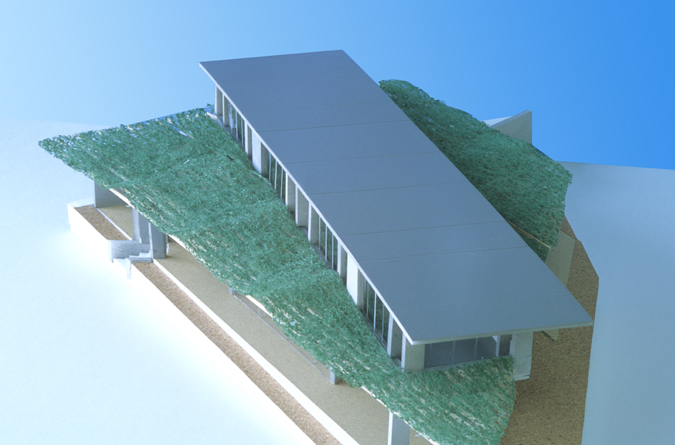 Look down the villa from the south. 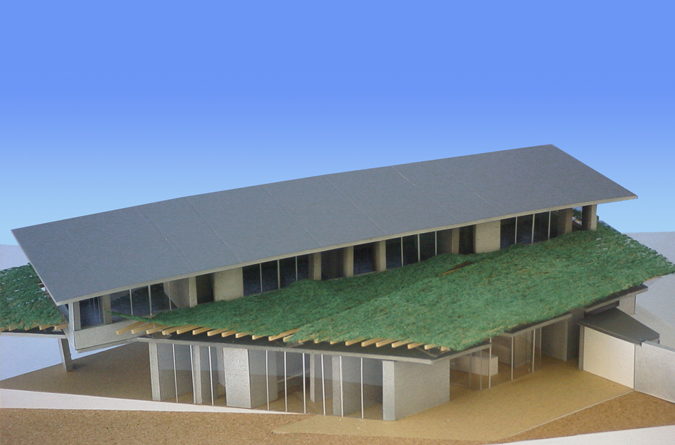 Look down the villa from the east. 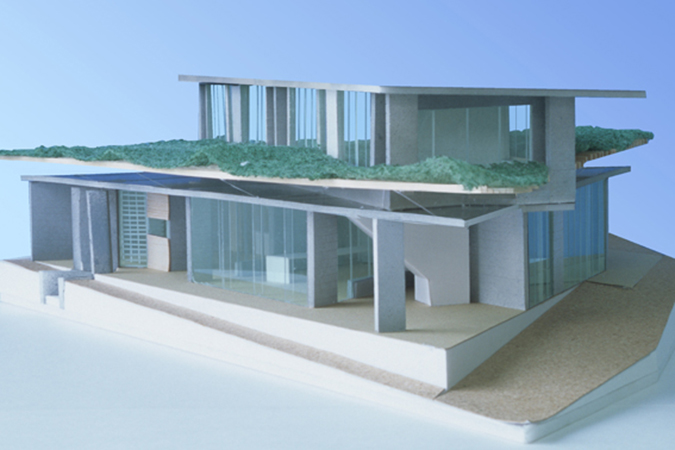 See the villa from the southwest. The terrace overlooking the sea is on the west side of the common space on the first floor. 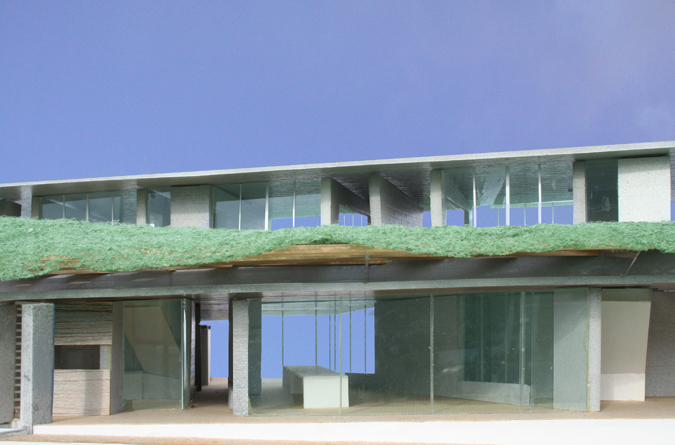 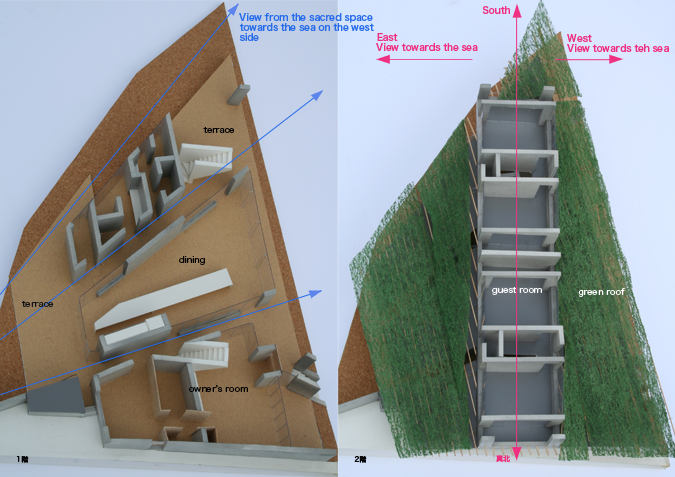 The plan on the first floor that opens radially toward the west sea from the sacred place as the center point, and the second floor of the guest room that is arranged along the north-south axis and opens toward the east-west sea.