It was a mediocre architecture. But, we affirmed that it had been in the town for 25 year, and, at the same time, we intended to make a new architecture appear. It is an architecture with connection with the past but the suaggestion of the new possibility.

succession of memory
The complicated arrangement of window on the outside wall follows the rule related with existing construction.

The position of windows in the horizontal direction follows that of existing windows. Since the horizontal position was left just as it had been, the new load to the existing structure was not generated.

The position of windows in vertical direction has been matched at six levels peculiar to this architecture.

The windows at random is actually a facade that actualized
the rule in the existing construction and recomposed it.

Time continuousness was left, maitaining the rhythm of the street that the resident had been getting used to seeing.

It aimed at an architecture that improved the townscape according to the renovation with delicate difference.

space that reflects the change according to time
The interior positively uses the mirror, that is the necessary
elements in the beauty salon, as an architectural device.

The synergy effect that the mirrors produce with the windows on the outside wall make complicated the simple interior space, and, as the time passes, the light and the impression of the interior go changing.

The floor and the ceiling finished with high gloss paint reflects the light and the scenery, The atmosphere that the outdoor was inserted in the indoor was an answer to the client's demand, that is, a beauty salon with comfort of the outdoor.

creation of vigor
When they see the inside from the outside, the indoor scenery cut out by the complicated windows is divided into parts by the virtual image of the mirror, and, in addition, those overlap with an actual activity over the mirror.

By those processes, the sign of the interior are amplified more
than the actual state. In the research about the beauty salons before designing, the beauty salon was the business that was
easy to look very quiet when there was no guest.

The amplification of the sign in this architecture creates the vigor of the illusion that various activities seem to be done in the interior. 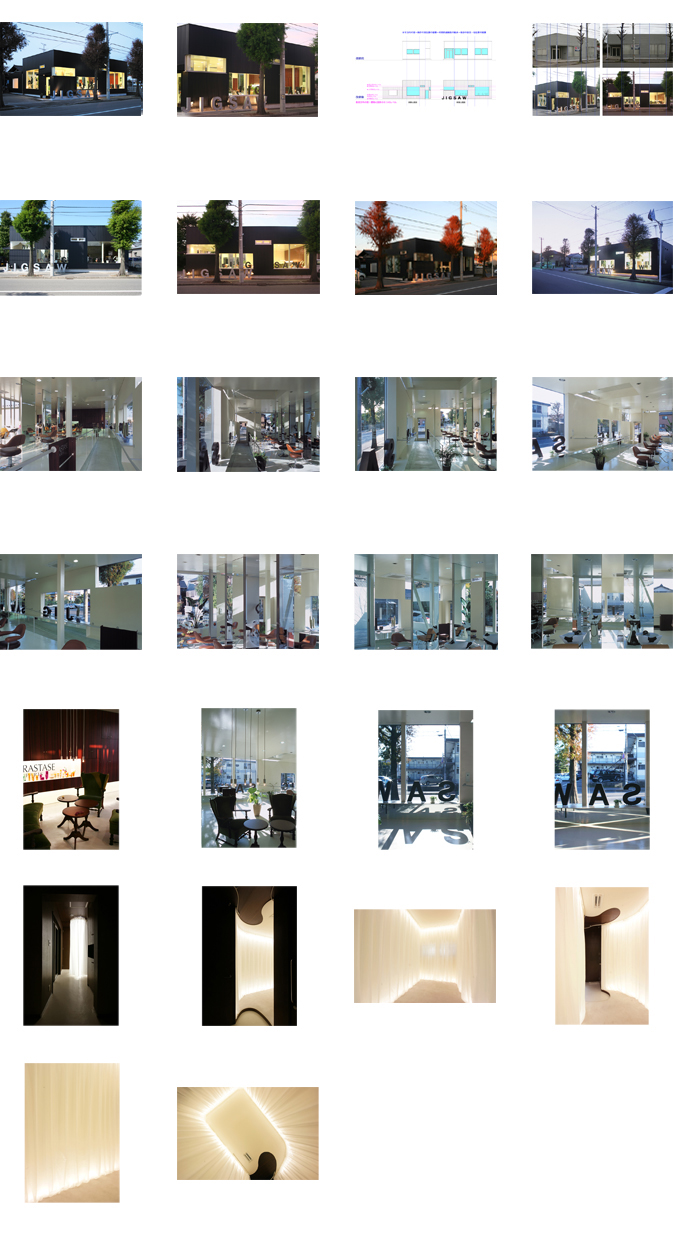